Melissa Lucio was sentenced to death. Courts will now look at these 4 claims to decide if she gets a new trial 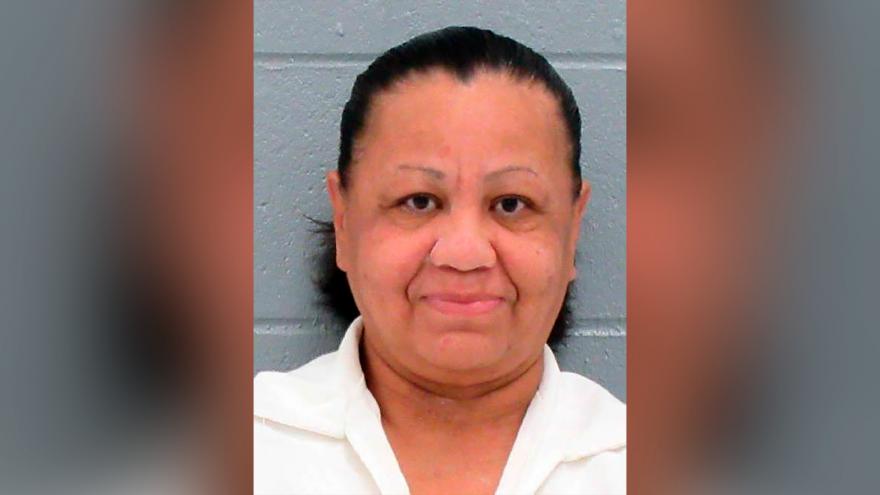 (CNN) -- Fourteen years after she was sent to Texas' death row, Melissa's Lucio will finally get the chance to have new evidence of her innocence claims examined in state court.

Lucio, 53, was set to be executed Wednesday for capital murder in the 2007 death of her 2-year-old daughter. But two days before that, the Texas Court of Criminal Appeals granted her a stay of execution, delaying her death so Lucio's trial court can explore whether she should receive a new trial.

The mother of 14, her family and attorneys say she was wrongfully convicted in her toddler Mariah's death. While prosecutors argued at trial that Lucio was an abusive mother who caused the injuries that led to the girl's death, Lucio's attorneys say those injuries were the result of a fall down stairs two days earlier outside the family's apartment.

To help decide whether Lucio will get a new trial, the appeals court ordered Lucio's trial court to review four of the nine claims she raised in her application for a writ of habeas corpus, which demands a public official show a valid reason for a person's detention.

A trial court-level judge will review her request and prosecutors' response before making a recommendation to the state appeals court, which will decide whether she gets a new trial. It's not clear how long the process will take.

"I don't think there's any way to predict" whether Lucio gets a new trial based on these four claims, said Robert Dunham, executive director of the Death Penalty Information Center, a nonpartisan nonprofit that takes no stance on the death penalty but has been critical of the way it is administered.

But "the stay of execution and the remand for consideration of these claims is extraordinarily significant," Dunham added, describing the ruling this week as "an open door, a threshold that had to be crossed for Melissa Lucio to have her day in court."

Here, we'll break down those four claims and what Lucio and her attorneys are arguing.

Claim 1: No juror would have convicted Lucio without the state's false testimony

The first remanded claim asserts Lucio was convicted based on false testimony by the state's medical experts and investigators who interrogated Lucio the night her daughter died. (It's worth nothing the legal standard Lucio's team sought to meet does not require proof that the state knew this testimony was false, per her habeas application, only that it gave the jury a false impression.)

At the time of her death, Mariah's body was covered in bruises "in various stages of healing," her arm had been broken several weeks earlier and she had what authorities believed was a bite mark on her back, court documents show.

Authorities, her attorneys say, decided Mariah's injuries were abuse and set out to confirm that theory while ignoring evidence that might prove Lucio's innocence.

Hours after Mariah died, Lucio was interrogated by investigators, including a Texas Ranger who testified in Lucio's trial for the state. He claimed, according to the habeas application, he knew Lucio was guilty based on her demeanor: Her head was down and she was avoiding eye contact -- signs, he said, of her guilt.

This testimony has since been proven "scientifically baseless and false," Lucio's habeas application says. Citing a neuroscientist, it says scientific consensus today is there is no basis for the idea that some facial and body movements can reveal someone's mental state.

The forensic pathologist -- who determined blunt force trauma was the cause of Mariah's death -- was told Lucio had confessed to child abuse. This knowledge, Lucio's habeas application says, "corrupted" the autopsy and its findings, and the medical examiner failed to review other parts of Mariah's medical history, including her trouble walking and documented history of falls due to a turned-in foot.

At trial, the medical examiner testified for the state the injuries could only be caused by abuse, pointing over the course of her testimony to the severe bruising across Mariah's body, a fracture in her arm from several weeks before her death and purported bite marks on her back.

But Lucio's attorneys, citing medical experts, have offered other explanations for the injuries: Mariah showed signs of a blood coagulation disorder that can result in severe bruising, they say, and a fractured arm is not uncommon in toddlers, particularly those with a history of falls.

Common causes of the blood disorder are head trauma -- like that suffered in a fall down a steep flight of stairs -- and infection, which Mariah appears to have been battling when she died, the habeas application states. And bite mark evidence and analysis has since been determined to be "invalid and unreliable," it says, noting forensic odontologists have found expert testimony identifying injuries as a human bite mark is "without a scientific basis."

As a result, the testimony of these witnesses was false, Lucio's attorneys argue, entitling her to relief.

CNN has reached out to prosecutors, the Texas Rangers and the medical examiner for comment.

Lucio's second claim the trial court will review argues the previously unavailable scientific evidence would have prevented a jury from finding Lucio guilty.

As part of this claim, Lucio's attorneys also work to knock down her alleged confession.

Lucio was convicted, in part, they argue, on the basis of statements she made to authorities in an hourslong "guilt-presumptive" interrogation the night her daughter died. These vague indications she was responsible for some of Mariah's injuries -- but not an admission of guilt in her death, they say -- were nonetheless presented at trial as a confession.

But Lucio's statements bear the characteristics of a false confession, they say, citing two experts -- something Lucio's second claim argues she was particularly prone to giving due to her history as a lifelong survivor of sexual abuse and domestic violence.

Lucio's legal team has said she denied harming Mariah more than 100 times in her interrogation. But after hours of questioning, they say, she "parroted back" the language suggested to her by interrogators and then demonstrated the alleged abuse on a doll at interrogators' instruction, the habeas application says.

Lucio was particularly susceptible to pressure by investigators given her "lifelong history of trauma." This, too, her attorneys say, is new evidence that was not available at the time of her trial, and her jury did not hear testimony from an expert on false confession.

If they had, her attorneys argue, she likely would not have been convicted.

This claim argues that taken together, the evidence Lucio's team has put forward and the reports of experts "collectively, disprove every element of the prosecution's case against Ms. Lucio," her habeas application says.

Given the evidence, much of it outlined above, no "rational juror would have found Ms. Lucio guilty beyond a reasonable doubt," it says. And executing an innocent person would violate the Eighth and 14th Amendments, her rights to due process and amount to cruel and unusual punishment, it says.

The final claim remanded to the trial court for review alleges prosecutors suppressed evidence that would have helped Lucio by not sharing it with her defense attorney, further undermining her conviction and violating her rights to due process.

That evidence included information from a Child Protective Services investigator who had interviewed some of Lucio's other children, who corroborated Mariah's fall and her deteriorating health and discounted allegations of abuse by their mother.

This purportedly suppressed evidence, the document says, would have shown: authorities knew there were witnesses who said Lucio did not abuse her children; there were other family members aware Mariah fell down the stairs; and Mariah hadn't shown any sign her arm was injured in the weeks before her death, among others.

While the stay of execution is "extremely good news" and "critical" for Lucio, "it's not a guarantee of any particular outcome," Dunham told CNN.

But it sends a message "that the courts need to be paying more attention to questions of innocence," he said, pointing not just to Lucio but also Rodney Reed, another Texas death row inmate who has also claimed innocence and whose case will be heard by the Supreme Court.

"Hopefully the message is, we should not be denying possibly innocent people their day in court," the Death Penalty Information Center director said.

As for Lucio, her attorneys acknowledge there's a long way to go. But they're optimistic: Monday's ruling "opens the door to the potential of a new trial," said Vanessa Potkin, director of special litigation at the Innocence Project, "and ultimately, complete vindication."