Microsoft is laying off 10,000 employees 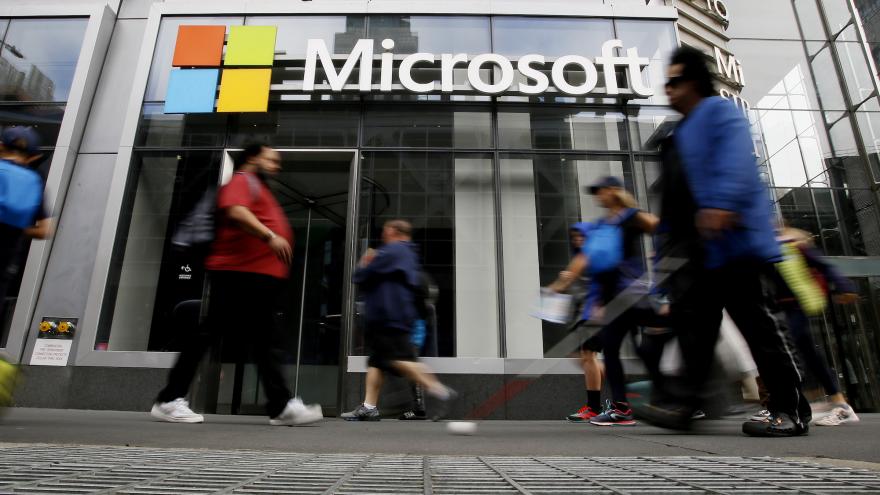 (CNN) -- Microsoft plans to lay off 10,000 employees as part of broader cost-cutting measures, the company said in a securities filing on Wednesday, making it the latest tech company to rethink staffing amid economic uncertainty.

Speaking before the layoff announcement at the World Economic Forum (WEF) in Davos, Switzerland, on Wednesday, Microsoft CEO Satya Nadella said that the company was not immune to a weaker global economy.

"No one can defy gravity and gravity here is inflation-adjusted economic growth," he told WEF founder Klaus Schwab in a livestreamed discussion.

In a memo to staffers Wednesday, Nadella also cited changing demand years for digital services years into the pandemic as well as looming recession fears.

Microsoft had approximately 221,000 full-time employees globally as of June 30, 2022, according to a US Securities and Exchange Commission filing, with some 122,000 of those staffers based in the United States.

Nadella said the job the cuts represent less than 5% of the company's total workforce and the reductions will be complete by the end of its fiscal third quarter this year, which ends in March.

He said the company will incur a $1.2 billion charge in its second quarter related to "severance costs, changes to our hardware portfolio, and the cost of lease consolidation."

"These decisions are difficult, but necessary," Nadella wrote.

Multiple tech companies have made deep cuts to their workforces since the start of the year, as inflation weighs on consumer spending and rising interest rates squeeze funding. The demand for digital services during the pandemic has also waned as people return to their offline lives.

Amazon announced that it plans to lay off 18,000 people and Salesforce said it is cutting 10% of its staff. Facebook parent Meta also recently announced 11,000 job cuts, the largest in the company's history. In October, Axios reported that Microsoft had laid off under 1,000 employees across several divisions.

Tech CEOs, from Meta's Mark Zuckerberg to Salesforce's Marc Benioff, have blamed themselves for over-hiring early on in the pandemic and misreading how a surge in demand for their products would cool once Covid-19 restrictions eased.

While the overall labor market remains tight, layoffs in the tech sector have mounted at a staggering pace. A recent report from outplacement firm Challenger, Gray & Christmas found tech layoffs were up 649% in 2022 compared to the previous year, versus just a 13% uptick in job cuts in the overall economy during the same period.

Even as Microsoft makes significant cuts, Nadella said the company will continue to invest in "strategic areas for our future" and pointed to advances in AI as "the next major wave" of computing. His letter to employees comes amid rumors of a significant investment from Microsoft into OpenAI, the firm behind the AI chatbot, ChatGPT.