Missouri man hopes to find, thank first responders after being rescued from flood 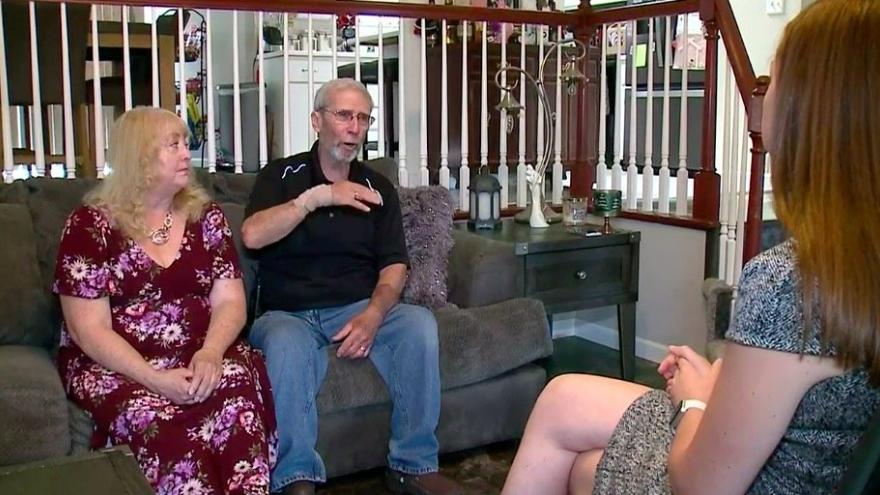 ST. PETERS, Missouri (KMOV) -- This week’s heavy rain and flooding across the Metro left many stranded in their vehicles, begging for a rescue. Fire departments all over responded to the calls, saving people’s lives.

Debris is covering the fence and bridge on Mexico Road in St. Peters by Spencer Creek. Flooding brought the creek water so high that it covered parts of the road.

St. Peters resident Bruce Dwyer takes the drive down Mexico Road daily for his job at Menards. On his drive into work at 4:30 am on Tuesday, the street was dark and it was hard to see just how much water covered the road.

“It’s something I don’t wish on anybody,” Dwyer says. “That water came over that road so fast.”

Dwyer says he didn’t realize until it was too late.

“I said I don’t know, I don’t like this,” Dwyer says. “I put it in reverse. By that time, a rush of water must’ve came. It picked up the back of the truck and within seconds, the truck’s floating.”

Dwyer says his car quickly began to be carried away by the flood water. That’s when he called 911 and dispatchers told Dwyer he needed to find a way out of the car.

“I said you need to contact my wife because I thought I was gonna die,” Dwyer says.

Luckily, he remembered he had towing equipment under the backseat of his truck, allowing him to bust open a window and get out.

Dwyer sat on top of his car while he waited for rescue crews to come.

“I need to thank the 911 guy and that rescue guy who risked his life to come get me,” Dwyer says. “911 was able to pinpoint my location to where the rescue guys knew where to put in to come get me.”

For firefighters, it’s all part of the job.

Assistant Chief Matt Wilcox says the department’s yearly training prepares them for events like this.

“If you have to get somebody out of a car, you review how to get them out safely,” Assistant Chief Wilcox says. “How to take a PFD to them. How to make access to the car. How to safely get them out of the car and back to shore.”

Because of the training, crews were able to save the lives of those community members. Assistant Chief Wilcox says that included him jumping into floodwater to save a woman in Maplewood who tried to drive through it.

“As we were pulling her out, the car became overcome with water and started to sink,” Assistant Chief Wilcox says. “We were able to pull her out as the car sank and then the bystanders pulled us to shore.”

After nearly two hours in the water, Dwyer was treated at the hospital for hypothermia. He’s at home now recovering with cuts and bruises.

However, Dwyer says it’s the mental toll that has left an impact.

“I still have nightmares about it,” Dwyer says. “Being locked in that truck seeing the water come up on me, knowing I had maybe minutes to live.”

News 4 is working to find the dispatcher and rescue crews in St. Charles County that helped save Dwyer on Tuesday. After calls to the St. Peters Police Department, we were told they took the initial call to help Dwyer but eventually passed it along to St. Charles County Fire and Ambulance in Wentzville.

According to St. Peters police, dispatchers in Wentzville helped bring Dwyer to safety.

Dwyer says he’s thankful to be alive and able to spend another day with his family.

“We need to appreciate what we have because I almost lost it,” Dwyer says. “I’m just glad somebody watched over me so I could get through this and be here again today.”