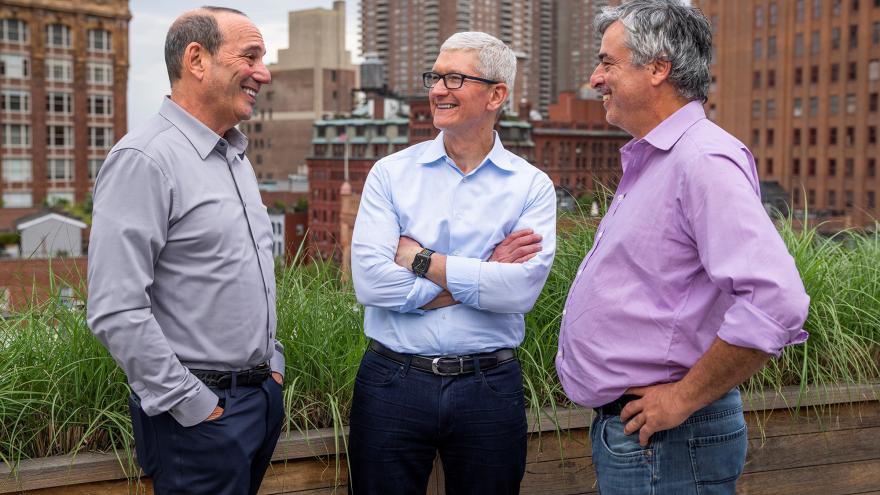 (CNN) -- Major League Soccer (MLS) has announced a 10-year deal with Apple to stream every US top-flight men's game worldwide in what is being described as a 'historic" day for the league.

Beginning in 2023, the deal will allow viewers to watch every MLS, Leagues Cup, MLS NEXT Pro and MLS NEXT match through the men's professional soccer league's streaming platform, which will be available through Apple TV.

Neither the MLS or technology giant Apple disclosed the value of the deal when asked by CNN.

"Today is a historic day for our league and for our sport," MLS Commissioner Don Garber said in a press conference, describing the deal as a "first-of-its-kind" partnership.

Apple TV subscribers will be able to stream a limited number of the matches without an additional charge, while MLS season ticket holders will have access to the league's streaming service for free, according to a statement announcing the deal.

MLS is tailoring the service to their international audience, by producing all matches in English and Spanish.

Games where Canadian teams are playing will also be available to watch with French coverage. Plans to produce all coverage in Portuguese are also in the works, the statement added.

The new service will impact the league's timetable, with midweek games being played on Wednesday nights and weekend games scheduled for Saturday nights, in order to create predictability for fans, MLS deputy commissioner and president Gary Stevenson said in the statement.

"For the first time in the history of sports, fans will be able to access everything from a major professional sports league in one place," said Eddy Cue, Apple's senior vice president of Services in a statement. "It's a dream come true for MLS fans, soccer fans, and anyone who loves sports."