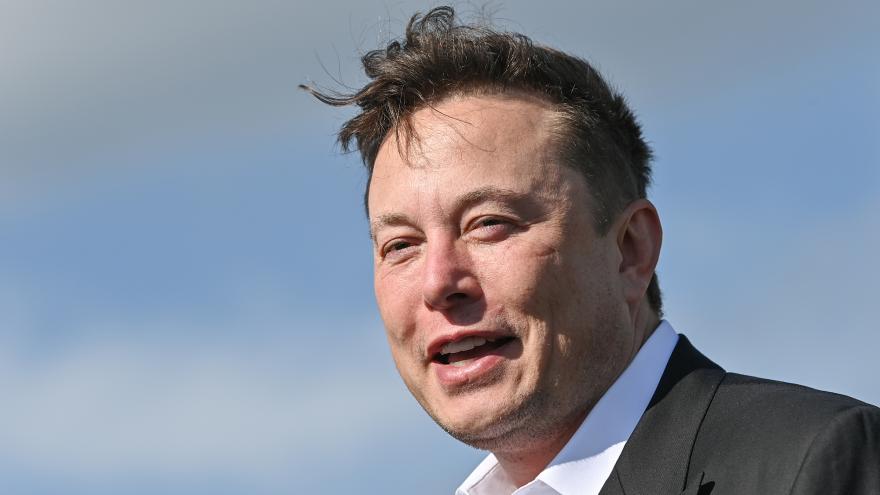 (CNN) -- Elon Musk is ready to try his troubled new verification system for Twitter once again. This time, in color.

The CEO of Twitter announced - via a tweet of course - that Twitter will roll out its tentatively launching Verified on Friday next week. There's changes to the program that he apparently hopes will stop people from paying the $8 a month fee just to impersonate celebrities or companies.

"All verified accounts will be manually authenticated before check activates," he tweeted. "Painful, but necessary."

Musk didn't specify what will be done manually, or how much that might delay the verification process, especially in light of deep staff cuts and departures at Twitter since he took control a month ago.

The new system will have a gold check for companies, gray check for government entities and blue for individuals, whether or not they are celebrities.

Musk's earlier attempt to launch paid verified accounts sparked a flood of spoof accounts from people impersonating companies and famous Twitter users, including Musk himself, and caused Musk to announce another delay in the new system.

His plans for charging for verified accounts has been put on hold several times. Charging users for a verified account is a key to Musk's plan to make Twitter less dependent upon advertising revenue, which has accounted for more than 90% of its revenue to date, and stem the loss of cash as advertisers pull back from the social media platform.

"All verified individual humans will have same blue check, as boundary of what constitutes 'notable' is otherwise too subjective," Musk tweeted. "Individuals can have secondary tiny logo showing they belong to an org if verified as such by that org. Longer explanation next week."

Among the information missing from his tweets is details on pricing, and when the blue checks will go away for those who do not want to pay and had been verified pre-Musk. Twitter, which is believed to have fired most or all of its public relations staff since Musk took over, did not respond to a request for details. Musk's other companies, Tesla and SpaceX, have long not responded to requests for comment from most media outlets.

The tweet chain on which Musk made the announcement started with Musk replying to a tweet from former US Labor Secretary Robert Reich, a liberal economist, who was criticizing Musk's mass layoffs since taking over Twitter.

"Here's what Elon Musk fails to understand: Much of a corporations' value lies in their workers — their knowledge, skills, and ideas," Reich tweeted. "When he fired half of Twitter's workforce and drove off even more, he wasn't 'cutting costs.' He was actively destroying what he bought."
"Interesting ... now pay $8," Musk responded to Reich's tweet.