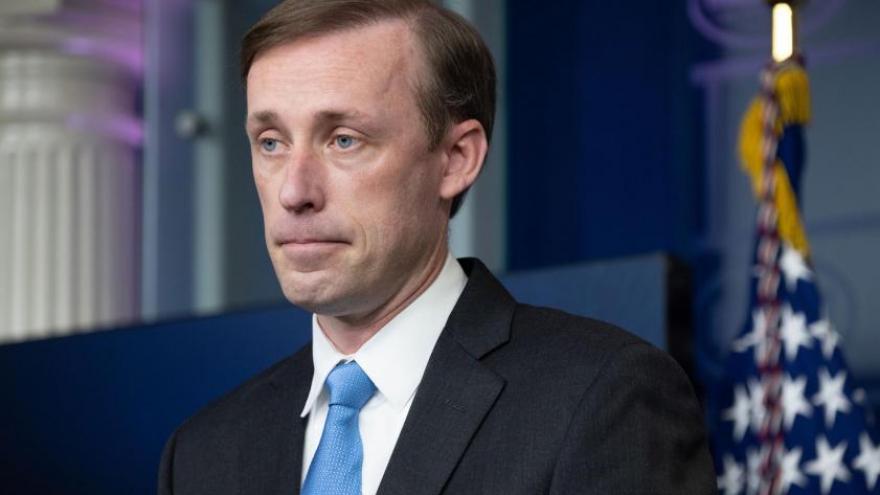 "We are preparing another package of sanctions to apply in this case," Sullivan told CNN's Dana Bash on "State of the Union." "We've shown all along the way that we are not going to pull our punches, whether it's on solar winds, or election interference, or Navalny when it comes to responding to Russia's harmful activities."

Sullivan said the sanctions will come once the US can "ensure that we are getting the right targets," adding, "When we do that, we will impose further sanctions with respect to chemical weapons."

Sullivan's comments come days after President Joe Biden's three-hour summit in Geneva with Russian President Vladimir Putin that capped off his first foreign tour since taking office. Biden and Putin each described the meeting as generally positive but without any major breakthroughs. And Biden, who has since turned back to his agenda at home, has said proof of progress with Russia will come later, when the results of his diplomacy bear out.

Biden said last week that he warned Putin during their meeting of the consequences if Navalny were to die in prison, telling reporters: "I made it clear to him that I believe the consequences of that would be devastating for Russia."

The Biden administration imposed a raft of sanctions on Russian officials and entities in March over the poisoning and imprisonment. The actions -- made in coordination with the European Union, which also unveiled sanctions -- represent the first significant move against Moscow since Biden took office.

Asked by Bash later in the interview if there will be actions against China as the US investigates the origins of Covid-19, Sullivan said, "We are not, at this point, going to issue threats or ultimatums."

"What we're going to do is continue to rally support in the international community," Sullivan said. "And if it turns out that China refuses to live up to its international obligations, we will have to consider our responses at that point, and we will do so in concert with allies and partners."

Sullivan also addressed the election of ultra-conservative judiciary chief Ebrahim Raisi to the presidency in Iran, saying it likely wouldn't have a major impact on nuclear negotiations with the country because the Supreme Leader didn't change.

The US, Sullivan said, is "showing Iran that if they choose not to negotiate in good faith and reassume their nuclear obligations, that it won't just be the US -- it'll be the international community -- that isolates them."