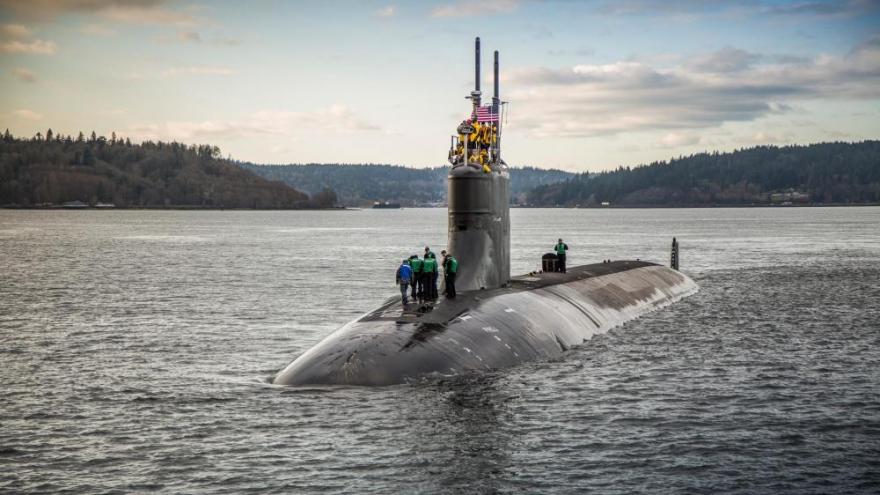 A Navy investigation into the October crash of a submarine into an underwater ridge in the South China Sea was "preventable" and followed navigation planning and risk management mistakes as well as other errors.

(CNN) -- A Navy investigation into the October crash of a submarine into an underwater ridge in the South China Sea was "preventable" and followed navigation planning and risk management mistakes as well as other errors.

The failures "fell far below US Navy standards," according to the command investigation, and the accident left the USS Connecticut nuclear-powered Seawolf-class submarine unable to operate "for an extended period of time" because of the damage.

Eleven sailors suffered minor injuries in the accident, the most serious of which were a scalp laceration and a broken scapula. But on the journey to Guam, where the Connecticut headed following the crash, the ship's leadership found that more than a third of the crew would benefit from mental health treatment.

"A grounding at this speed and depth had the potential for more serious injuries, fatalities, and even loss of the ship," wrote Rear Admiral Christopher Cavanaugh, who led the investigation.

In November, the Navy relieved the ship's leadership of their duties, including the commanding officer, executive officer, and the chief of the boat. The completed command investigation recommends three other crew members be removed from their positions.

The navigation review team, which includes the commanding officer, failed to find and mark at least 10 underwater hazards near the location of the grounding, the investigation found, and the team incorrectly concluded the submarine would be operating in an open area. The submarine also suffered from "low standards" because the ship's leadership didn't hold sailors accountable for navigation errors or deficiencies.

The investigation also revealed a previous accident on the USS Connecticut. In April 2021, the submarine collided with a pier at Naval Base Point Loma in San Diego. At the time, an investigation found "degraded standards" in navigation, planning and seamanship, but the accident was written off as "an anomalous performance and not systemic failure."