Judge wants sworn statements on Trump's use of Post-it notes 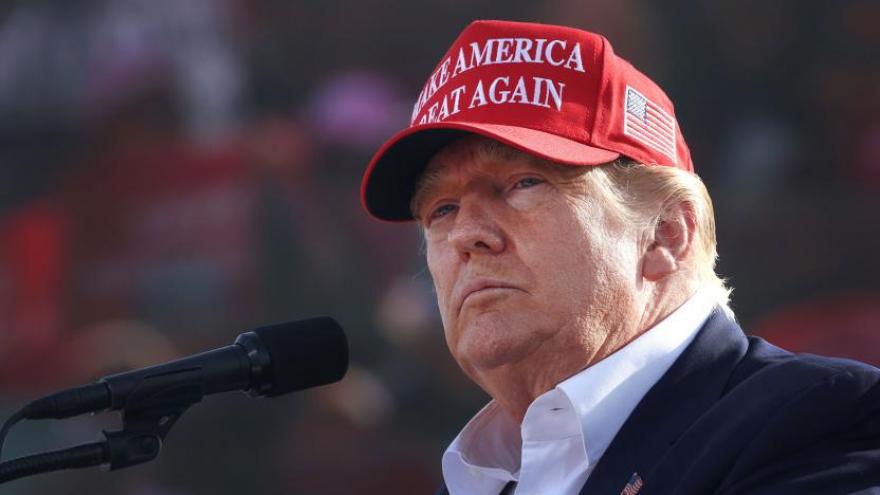 A New York judge lifts a civil contempt finding against former US President Donald Trump and orders him to pay $110,000 in fines.

(CNN) -- A New York judge on Wednesday set several conditions former President Donald Trump must meet to avoid a civil contempt finding being restored against him, including paying $110,000 in fines and explaining how his namesake company handled Post-it notes.

Judge Arthur Engoron said he wanted sworn statements describing the Trump Organization's document retention and destruction policy, as well as a review of five boxes tied to Trump that were located in an off-site storage facility. The conditions must be met by May 20, otherwise the judge said he would restore the contempt finding and apply it retroactively.

Engoron agreed to allow Trump to place the money in an escrow account until the former President's appeal of the contempt ruling is completed.

The judge stopped the clock on the fine as of last Friday when Trump's attorneys submitted additional sworn statements, including one from Trump, about his effort to comply with the subpoena from the New York attorney general's office for records.

New York Attorney General Letitia James said in a statement that Wednesday's contempt decision sends a clear message to Trump and his organization, which she said has tried to "thwart" the investigation for years, that "no one can evade accountability."

"We will continue to enforce the law and seek answers as part of this investigation," James said.

At a hearing Wednesday, Andrew Amer, an attorney for the state, homed in on the issue of the Post-it notes, which Trump was known to use to communicate with his staff, and whether they were turned over.

"To our knowledge, we haven't seen any documents that have Post-its on them. And that's one of the odd things about the production to date given the statements that was a means for Mr. Trump to communicate," Ames said. He argued the handling of Post-it notes should be included in the document retention and destruction policy.

Alina Habba, an attorney for Trump, said she was told by the Trump Organization's general counsel that all Post-it notes were already produced to the attorney general's office.

"It's a little comical," she told the judge, while holding up a stack of Post-its. "I don't have a formal practice on Post-its, do you?"

The judge said they could start a new practice in the law: the Post-it affidavit.

The judge said he also wanted Trump's lawyers to address any efforts to reach former executive assistants to Trump and whether they could be located.

Trump on Friday filed an updated affidavit with the judge, saying that he no longer had Trump Organization-issued cell phones and that he had turned over his personal cell phone to be searched. Habba said she personally searched every nightstand, desk and closet at Trump's properties and found no documents sought by the subpoena.

This story has been updated with additional developments and background information.