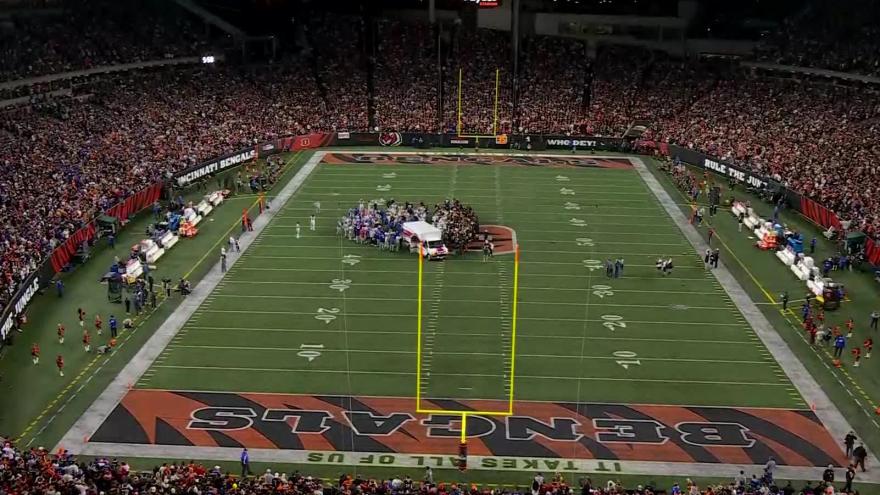 CINCINATTI (AP) -- Many fellow NFL players, teams and others in the sports world and beyond quickly offered their support and prayers on social media for Buffalo Bills safety Damar Hamlin, who the NFL said was in critical condition at a hospital after collapsing on the field during Monday night's game against the Cincinnati Bengals.

Players from teams across the NFL offered their support Monday night, including several Green Bay Packers.

I’m so sick man… So many emotions but I’m trying to channel all my energy and thoughts to Damar and his family. That is the scariest thing I’ve witnessed seeing on the field. Please be okay ????

Full of so many different emotions. Just thinking about @HamlinIsland and his family. Your football family is with you as well. This is bigger than the game.

Prayers up for Damar Hamlin and his family ??

ESPN reported Hamlin was administered CPR on the field before being taken away in an ambulance.

The game was suspended after Hamlin's injury.