NFL to postpone multiple games due to Covid 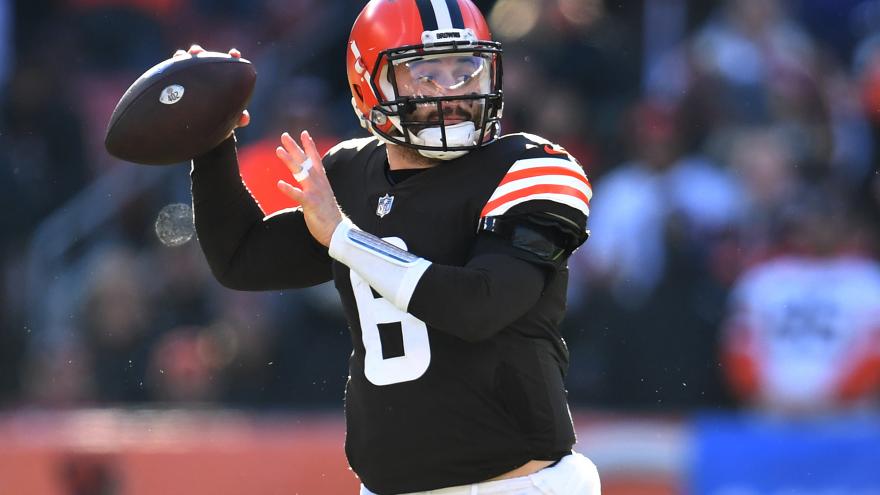 (CNN) -- Covid-19 is causing headaches for professional leagues and university sports programs, who find themselves faced with having to reschedule games or find new opponents in the upcoming days.

The postponements and cancellations come as coronavirus cases rise throughout the country and an increasing number of players are asked to quarantine as part of Covid-19 protocols.

Here's a look at the changes to the sports schedule:

The NFL is postponing three Week 15 games due to Covid-19 issues around the league, the league announced Friday.

Saturday's scheduled game between the Cleveland Browns and the Las Vegas Raiders was rescheduled for Monday at 5 p.m. ET.

"While our team and entire organization diligently prepared for tomorrow's game as initially scheduled, both from an on-field and fan-experience standpoint, we respect the NFL's decision to postpone our matchup against the Raiders," the team said in a statement from chief spokesperson Peter John-Baptiste.

Sunday's scheduled games between the Washington Football Team and the Philadelphia Eagles and between the Seattle Seahawks and Los Angeles Rams will both be postponed until Tuesday. Both Tuesday games will kick off at 7 p.m. ET.

"From the outset of the coronavirus pandemic, our focus has been to play our games in a safe and responsible way, consistent with the best available medical and public health advice, based on protocols jointly developed and implemented with the NFL Players Association," Commissioner Roger Goodell wrote in a memo to each team.

The NFL describes the Covid-19/Reserve list as being for players who either test positive for Covid-19 or who have been quarantined after having been in close contact with an infected person or persons.

NFL teams not are permitted to comment on the medical status of players other than referring to roster status. Clubs may not disclose whether a player is in quarantine or is positive for the virus.

The NCAA men's basketball calendar has been turned upside down with more than a dozen games canceled or postponed in recent days.

Most notably, games between No. 2 Duke and Loyola and between No. 4 UCLA and North Carolina scheduled for Saturday have been canceled due to Covid-19 issues within the UCLA and Loyola programs, the schools announced Friday.

Duke and UNC found new opponents. The Blue Devils' first scheduled foe, Cleveland State, announced some positive tests results and Loyola was set to step in but some of its players got Covid-19. Now Duke will play in-state rival Elon University.

The Tar Heels will play the Kentucky Wildcats in Las Vegas, who had been scheduled to play Ohio State in the same arena at the CBS Sports Classic.

One other top 25 game has been canceled. No. 16 Seton Hall was to play Iona, but officials said the game cannot be played because of Covid-19 protocols at Seton Hall. The athletics department said in a statement: "The status of future games will be determined at a later date."

The Pirates have games scheduled for Monday and Thursday of next week.

The NHL's Colorado Avalanche and Florida Panthers will shut down through December 26 due to "concern with the number of positive cases within the last two days as well concern for continued Covid spread in the coming days," the league announced.

The Avalanche will see four games postponed, while the Panthers will push back three games.

The NHL also extended the Calgary Flames' shutdown through December 26. The Flames will have missed six games since its shutdown began Monday. As of Wednesday, the Flames had 16 players in the NHL's Covid-19 protocols.

In addition, Saturday's game between the Montreal Canadiens and Boston Bruins has been postponed. As of now, the Canadiens will play the New York Islanders Monday.