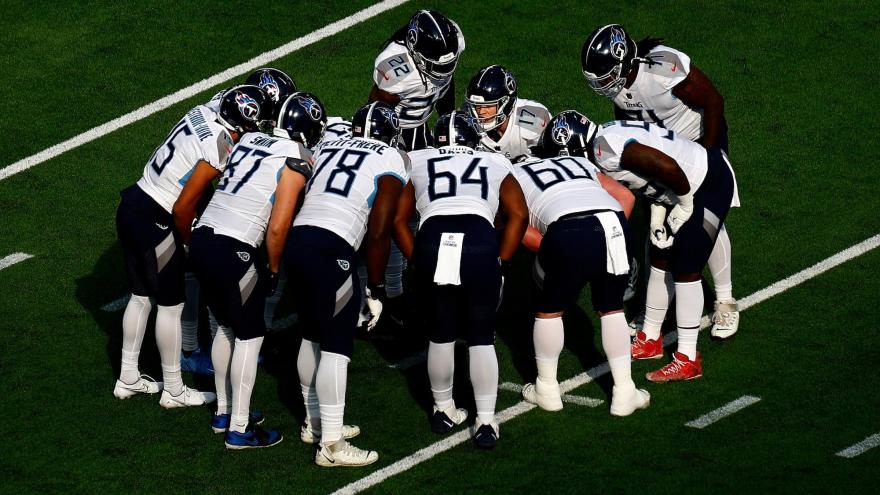 (CNN) -- The NFL's Tennessee Titans delayed its scheduled noon CT game by an hour due to temporary rolling blackouts in the region that stemmed from the winter storm and brutal cold.

"Due to the extreme weather and power outages affecting our region, kickoff for today's game has been postponed one hour to 1 p.m. CT," the Titans said in a statement.

"This decision was made in partnership with the NFL, Office of Emergency Management, Nashville Electric Service and the Mayor's Office in an abundance of caution to ensure that the game would not negatively impact our community in any way. We are exploring every possibility to minimize non-essential power around the stadium."

The Titans (7-7), losers of four straight games, began their game against the Houston Texans (1-12-1) at Nissan Stadium in Nashville at 1 p.m. CT. The temperature was 22 degrees at kickoff, making it the coldest game in Nissan Stadium history, according to the CBS broadcast.

The Tennessee Valley Authority, the federally owned electric utility company that powers seven states in the region, had directed local power companies to reduce their power load for periods on Friday and Saturday due to weather-related record-high demand and power generation issues.

Chief Operating Officer Don Moul said the agency "lost some generation" due to the extreme cold and high winds, and the authority urged residents to conserve power. Still, the TVA said Saturday it supplied more power in the past 24 hours than at any other time in its history.

"We recognize that these planned temporary disruptions are a challenge, but it was needed to maintain grid stability for 10 million people across seven states," the authority said. "Thank you for doing your part, conserving energy, and helping us manage this extreme weather event."

Amid the blackouts, Nashville Mayor John Cooper had urged the Titans to postpone their game, saying that "all non-essential businesses should reduce power usage." He issued a follow-up tweet saying he appreciated the decision to delay the game an hour.

Cooper said he has spoken to the TVA and Tennessee congressional leaders about setting up a review of the state's critical infrastructure.

"This review will also examine communications breakdowns that I discussed with TVA leadership. Yesterday, (Nashville Electric Service) received only an 8 minute warning from TVA that rolling blackouts were being instituted. Nashvillians deserve better and TVA agrees," he said.

A TVA spokesperson agreed, saying, "We will be doing a thorough review of our processes, procedures and preparations once we get beyond this unprecedented event."

In general, prolonged cold snaps can overwhelm the power grid by simultaneously knocking out power supply and causing a sharp increase in demand as residents turn up the heat. For example, in Texas in February 2021, a winter storm and lengthy cold period caused mass outages in areas served by the Electric Reliability Council of Texas, leaving millions of residents in the cold and dark for nearly a week.

The TVA informed residents on Friday there would be rolling blackouts due to the winter storm, though that directive was later rescinded.

Memphis Mayor Jim Strickland told CNN on Friday hospitals and medical offices were exempt. The TVA did not anticipate the extent of the situation prior to the storm, he said.

"This is a real struggle. This has never happened in my lifetime, this hasn't happened in Memphis in at least 50 years," Strickland said Friday.

On Saturday morning, he said the rolling blackouts across Memphis impacted more than 50,000 people for about 30 to 60 minutes at a time, likely two to three times per day.

"TVA has always prided itself on reliability. This is the first time TVA has required rolling blackouts," Strickland told CNN. "It's going to take a deeper dive into the reasons this happened."

Strickland said that temperatures are not expected to rise above 32 degrees Fahrenheit for at least the next two days.

The outages and rolling blackouts have affected much of the US, particularly the Southeast.

"We have begun short, temporary power outages. These emergency outages are necessary to protect the energy grid against longer, more widespread outages. We appreciate your patience," the energy provider said in a tweet.