Nickelback will be inducted into the Canadian Music Hall of Fame 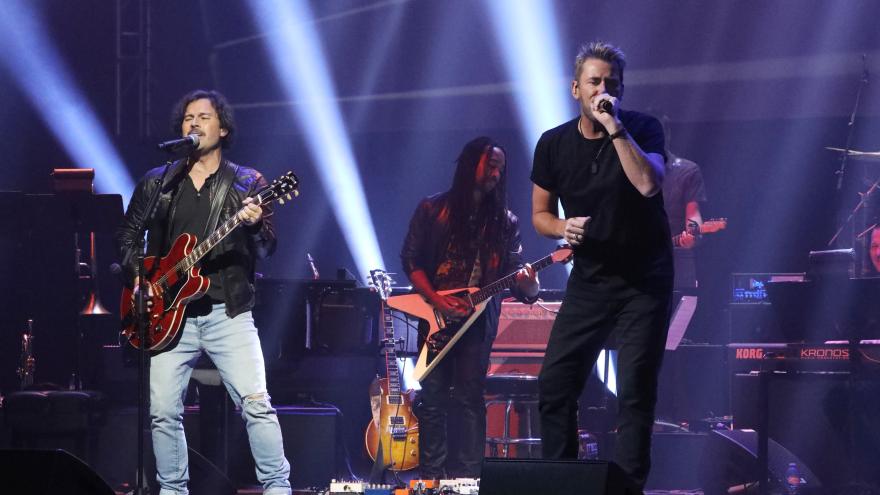 (CNN) -- Nickelback's dream to be "big rockstars" might just be coming true with the band's induction to the Canadian Music Hall of Fame.

The much-memed Canadian band will be officially added to the Hall of Fame in March 2023, according to a news release.

Nickelback has been a frequent subject of memes, but has also been consistently commercially successful, according to the news release. The band counts more than 10 billion streams, 50 million albums sold worldwide, and 12 consecutive sold-out tours among its accomplishments.

The Canadian rock band formed in 1995 in Hanna, Alberta, the release noted. In 1996, they migrated to Vancouver, British Columbia, where they continue to live and work today.

Many of their most iconic songs -- like "Rockstar" and "Photograph" -- come from their fifth studio album, "All the Right Reasons," released in 2005. The album was the first release with the band's current configuration, consisting of Chad Kroeger, Ryan Peake, Mike Kroeger, and Daniel Adair.

And after decades of making music, the group shows no signs of slowing down any time soon. They released their tenth studio album, "Get Rollin' " on Friday.

The Canadian Music Hall of Fame, launched in 1978 to recognize the success of Canadian artists, is located in Calgary, Alberta.