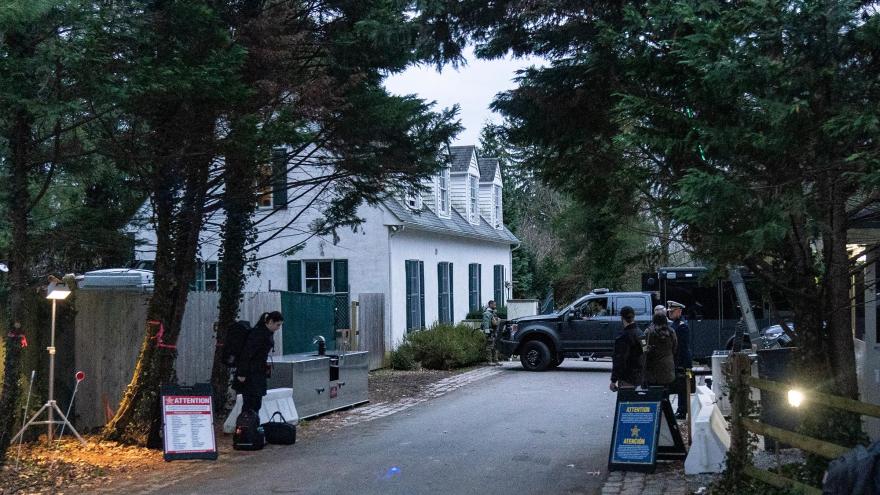 (CNN) -- Senate Majority Whip Dick Durbin agreed Sunday that Joe Biden has lost the "high ground" in the political back-and-forth over classified document storage following the discovery of additional material at the president's home in Wilmington, Delaware. But he rejected any comparisons between Biden's situation and that of former President Donald Trump's handling of classified documents.

"Of course. Let's be honest about it," the Illinois Democrat told CNN's Dana Bash on "State of the Union" when asked if the president had "lost the high ground on this notion of classified information being where it shouldn't be."

"When that information is found, it diminishes the stature of any person who is in possession of it because it's not supposed to happen," Durbin said. "Whether it was the fault of a staffer or an attorney, it makes no difference. The elected official bears ultimate responsibility."

But Durbin said that Biden's situation was "significantly different" from the discovery of classified information at Trump's Mar-a-Lago resort.

"Donald Trump defied those who knew the documents were in place and ultimately led to, involuntarily, a court order and a search of his Mar-a-Lago hotel resort to find out how many documents were there," the senator said.

"Contrast that with Joe Biden. Embarrassed by the situation, as he should have been, he invited the government agencies in to carefully look through all the boxes he had accumulated. It's a much different approach," Durbin added. "It is outrageous that either occurred. But the reaction by the former president and the current president could not be in sharper contrast."

Bob Bauer, the president's personal attorney, said in a statement that during the search, which took place over nearly 13 hours Friday, "DOJ took possession of materials it deemed within the scope of its inquiry, including six items consisting of documents with classification markings and surrounding materials, some of which were from the President's service in the Senate and some of which were from his tenure as Vice President. DOJ also took for further review personally handwritten notes from the vice-presidential years."

Those six items are in addition to materials previously found at Biden's Wilmington residence and in his private office.

The federal search of Biden's home, while voluntary, marks an escalation of the probe into the president's handling of classified documents and will inevitably draw comparisons to his predecessor -- even if the FBI's search of Trump's residence was conducted under different circumstances.

Durbin on Sunday also warned against "playing games" with the national debt and said that Biden should not negotiate with Republicans.

The US hit the debt ceiling set by Congress on Thursday, forcing the Treasury Department to start taking "extraordinary measures" to keep the government paying its bills and escalating pressure on Capitol Hill to avoid a catastrophic default.

The battle lines for the high-stakes fight have already been set. Hard-line Republicans, who have enormous sway in the House because of the party's slim majority, have demanded that lifting the borrowing cap be tied to spending reductions.

The White House, however, countered that it will not offer any concessions or negotiate on raising the debt ceiling. And with the solution to the debt ceiling drama squarely in lawmakers' hands, fears are growing that the partisan brinksmanship could result in the nation defaulting on its debt for the first time ever -- or coming dangerously close to doing so.

"If we play games with this, if we delay this, if we have short-term extensions of the national debt, we run the very risk of the recession in this economy," Durbin said.