Novavax seeks FDA emergency use authorization of its coronavirus vaccine 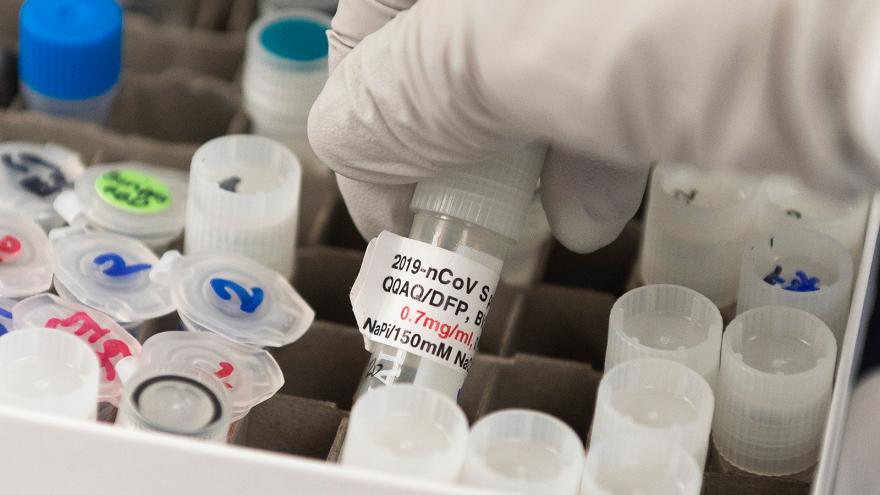 (CNN) -- Novavax announced Monday that it has formally submitted a request for the US Food and Drug Administration to authorize its coronavirus vaccine for emergency use in the United States.

The request is based on data that includes the results of two large clinical trials that demonstrated an overall efficacy of about 90% and a "reassuring safety profile," according to the company.

"We believe our vaccine offers a differentiated option built on a well-understood protein-based vaccine platform that can be an alternative to the portfolio of available vaccines to help fight the COVID-19 pandemic," Stanley Erck, Novavax's president and chief executive officer, said in the announcement Monday.

Novavax announced in June that its vaccine candidate was found to have an overall efficacy of 90.4% in a Phase 3 trial conducted across the United States and Mexico; the trial took place before the Omicron variant dominated in the United States.

In December, the company said it had finished its final submission package to the FDA for emergency use authorization of the vaccine, called NVX-CoV2373.

The vaccine can be stored at normal refrigeration temperatures, between 2 and 8 degrees Celsius (about 35 to 46 degrees Fahrenheit), and has a shelf life of about nine months, according to the company. Erck told CNN in November that if the FDA gives the green light for the EUA, the first 100 million doses of the protein-based vaccine will be ready to ship.

Novavax's vaccine -- administered as two doses, three weeks apart -- is made using small, laboratory-built pieces of the coronavirus to stimulate immunity, a more traditional approach for vaccine development that some people may be more familiar or comfortable with, compared with the mRNA vaccines made by Moderna and Pfizer/BioNTech.

"In the US, the primary market I think in 2022 is going to be to supply a vaccine, our normal two-dose regimen, to a lot of people who have been hesitant to get other vaccines," Erck said in November. "And to provide a booster."

When the genetic sequence for the coronavirus was first published, Novavax scientists identified the gene for the spike protein and created a modified version of that gene. The researchers cloned the genes into a baculovirus that infects insects. They then infected moth cells -- specifically, cells from the fall armyworm -- with that virus, prompting them to produce the coronavirus spike protein.

These virus-like nanoparticles were harvested to make Novavax's vaccine.

The FDA has authorized vaccines made by Pfizer, Moderna and Johnson & Johnson for emergency use in the United States. The Pfizer vaccine is now approved for use in people 16 and older, and the Moderna vaccine is approved for adults 18 and older.

In 2020, Novavax, based in Maryland, received a $1.6 billion contract from the US government to develop its vaccine.

In November, Indonesia became the first country to grant emergency use authorization of Novavax's vaccine. Since then, South Korea's Ministry of Food and Drug Safety has approved the vaccine, Australia's Therapeutic Goods Administration has granted approval for provisional registration, and the Drugs Controller General of India has granted emergency use authorization. The European Union and the Philippines have also authorized it.

Novavax has applied for authorization in several other countries, including the United Kingdom, Canada and New Zealand.