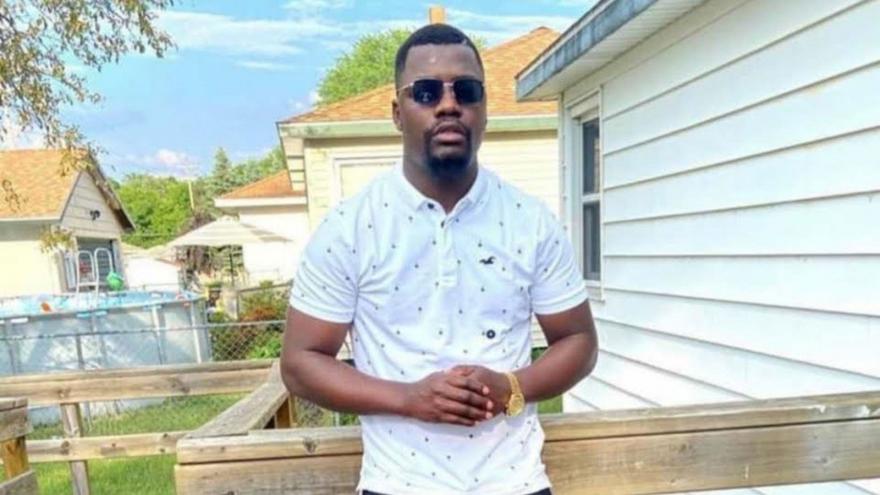 (CNN) -- Patrick Lyoya, the 26-year-old Michigan man who was fatally shot by a Grand Rapids police officer during a traffic stop, died from a gunshot to the back of the head, the Kent County Medical Examiner's Office confirmed on Saturday.

The autopsy report from the Kent County Medical Examiner's Office was obtained by the Detroit Free Press under a Freedom of Information Act request (FOIA). CNN has requested a complete copy of the report.

The office of the medical examiner confirmed the autopsy results reported by the newspaper are accurate.

The cause of death confirms the findings of an expert hired by the Lyoya family.

In a statement Saturday, attorneys Ven Johnson and Ben Crump, who represent Lyoya's family, called on prosecutors to file criminal charges against the officer for the "unjust killing" and for the release of the Michigan State Police report on the shooting.

A CNN review of state court records found that at the time of the April traffic stop Lyoya had a revoked license and three open arrest warrants. There were a dozen criminal and traffic cases against Lyoya dating back to 2016.

The Lyoya family attorneys declined to comment on the man's blood alcohol level, or his revoked license and open warrants.

Lyoya, a Black man, was shot on April 4 following a foot chase and struggle over a Taser after police pulled him over for an allegedly unregistered license plate.

The officer who fired the shot was identified as Christopher Schurr, who remains on administrative leave and has been stripped of his policing powers, pending a criminal investigation by Michigan State Police and an internal Grand Rapids Police Department probe into whether he violated department policies.

Kent County Prosecuting Attorney Chris Becker could not be reached for comment. He said late last month that his office is reviewing the case and the timing depended on additional pieces of information, including the autopsy report. He gave no time frame for wrapping up his review.

The footage begins with the officer walking toward Lyoya's car.

The video showed Lyoya, 26, got out of the car to talk to the officer. He is seen turning his back to the officer and appearing to walk toward the front of the car. The officer put his hands on Lyoya's shoulder and back, saying "no, no, no, stop, stop."

Lyoya is seen resisting the officer's touch and quickly backs away from the officer, running away before the officer tackles him to the ground and tells Lyoya to "stop resisting."

Video showed Lyoya getting up and standing, and the officer deploying a Taser. Police said the Taser was deployed twice but the prongs didn't hit Lyoya.

The two end up physically struggling on the ground, where the officer shot Lyoya, who wasn't armed at the time of the shooting, according to a family attorney.

The officer who shot Lyoya is heard saying "Drop the Taser"before firing the fatal shot.

An autopsy commissioned by Lyoya's family determined he was shot in the back of the head.

Schurr the officer who fired the shot that killed Lyoya, has worked in law enforcement for about seven years, according to his police union, the Grand Rapid Police Officers Association.

CNN has attempted to reach out to Schurr for comment.

The association acknowledged its statement is not intended to "detract from the heartache the Lyoya family is experiencing from the loss of their family member."

"As tragic as this case is all the way around, we feel a thorough review of this entire situation will show that a police officer has the legal right to protect themselves and community in a volatile dangerous situation such as this, in order to return to his/her family at the end of their shift."