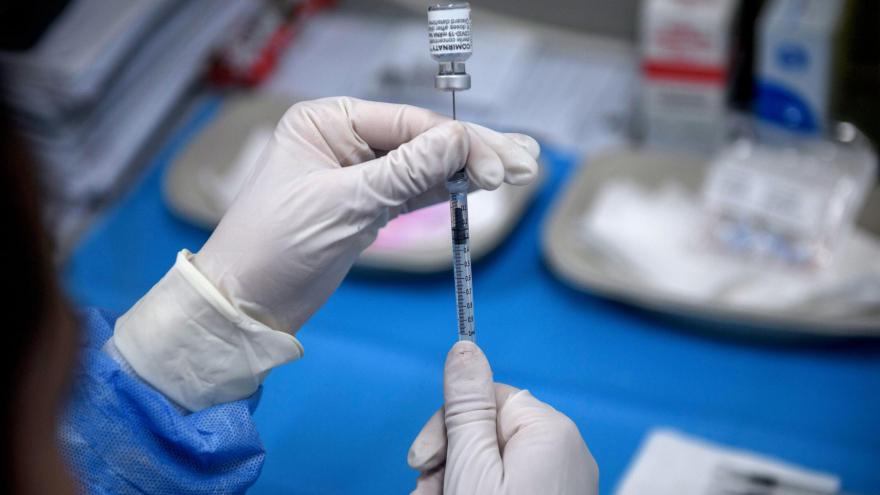 Protection likely lasts even longer than that, vaccine experts say, but they say having data showing good protection six months after people were vaccinated is good news.

The vaccine remains more than 91% effective against disease with any symptoms for six months, the companies said in a statement. And it appeared to be fully effective against the worrying B.1.351 variant of the virus, which is the dominant strain circulating in South Africa and which researchers feared had evolved to evade the protection of vaccines, the companies said.

"The information coming from Pfizer-BioNTech is good news with evidence that those enrolled in the clinical trials last year are still protected. So we know that immunity will not be short-lived," Dr. Peter Hotez, a vaccine expert and dean of the school of tropical medicine at Baylor College of Medicine, told CNN.

"Hopefully the protection might last years, but we won't know until we know."

On Wednesday, the companies said a small trial of volunteers aged 12 to 15 showed 100% efficacy in that age group.

"These data confirm the favorable efficacy and safety profile of our vaccine and position us to submit a Biologics License Application to the U.S. FDA," Albert Bourla, Pfizer's chairman and chief executive officer, said in a statement. A BLA is an application for full approval. The vaccine currently has emergency use authorization, EUA, which falls short of full approval.

"The high vaccine efficacy observed through up to six months following a second dose and against the variant prevalent in South Africa provides further confidence in our vaccine's overall effectiveness."

The company has been studying the vaccine in more than 46,000 volunteers and has noted 927 cases of confirmed Covid-19.

"In South Africa, where the B.1.351 lineage is prevalent and 800 participants were enrolled, nine cases of COVID-19 were observed, all in the placebo group, indicating vaccine efficacy of 100%," the company said.

"Vaccine safety has now been evaluated in more than 44,000 participants aged 16 years and older with more than 12,000 vaccinated participants having at least six months of follow-up after their second dose."

Dr. Scott Hensley, an immunologist at the University of Pennsylvania who has studied mRNA vaccines like Pfizer's and Moderna's for years, says the strong protection after six months means the vaccines are likely to protect people for even longer -- years, possibly.

"The vaccine elicits such high levels of antibodies that even when confronted with a variant ... there's still meaningful protection," Hensley told CNN.

"I would not be surprised if this is a vaccine that we only get once."

Both Pfizer and Moderna use a technology called messenger RNA or mRNA delivery as the basis of their vaccines. The approach has been tested against other viruses and studies in animals and people show they stimulate a strong and broad immune response.

The companies have received emergency use authorization from the US Food and Drug Administration and Pfizer says it will now seek full approval. As part of the process, they both must continue their clinical trials for two years and will continue to report safety and efficacy data as they get it.