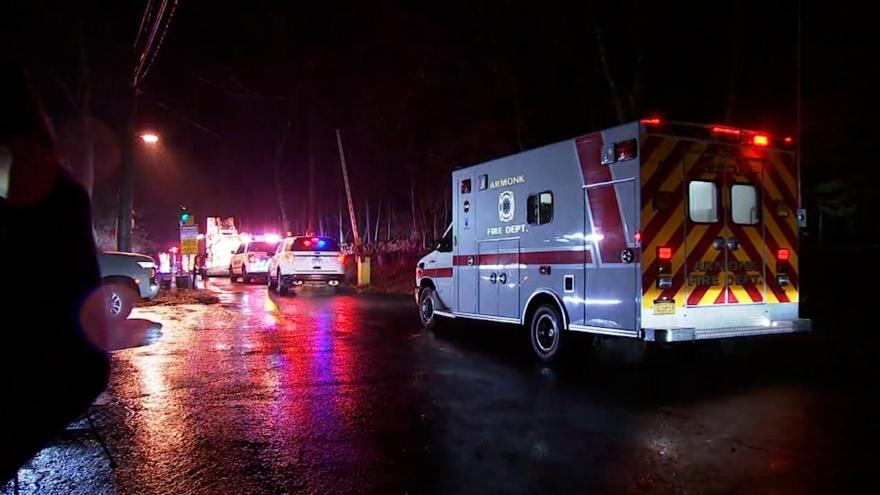 (CNN) -- One of two people killed after a plane experienced mechanical issues and crashed in New York on Thursday evening reached out to loved ones in the final moments of his life, officials said.

Pilot Boruch Taub and passenger Binyamin "Ben" Chafetz both died after their plane took off from JFK International Airport and crashed near Westchester Airport north of New York City while attempting an emergency landing.

The single-engine Beechcraft bound for Cuyahoga County Airport near Cleveland, Ohio, malfunctioned after takeoff, with the pilot reporting to air traffic control the plane had a "dead cylinder" and was losing oil pressure.

"The pilot realized he only had a handful of minutes to try to bring the plane to a safe landing -- he was unable to do that," Westchester County Executive George Latimer said during a news conference.

As the plane strugged to stay in the air, Chafetz sent text messages to family, expressing love and asking for their prayers, according to CNN affiliate WEWS in Ohio. Chafetz communicated with his wife during the flight's last minutes, saying "goodbye" to her, Lattimer said.

Taub and Chafetz are members of an orthodox Jewish community in Ohio, according to Latimer. Rabbi Nissim Abrin of Bais Avrohom told WEWS that he's been consoling their community amid the tragic loss.

"I think that those messages really reflected upon what was the most important thing in his mind, and that was the love that he had for his family," Abrin said.

"We lost two of our best -- amazing husbands, fathers, friends, people, pillars of our community, people that would drop anything they're doing to help someone else at any moment," he said.

Flight ran into trouble after takeoff

Before the crash, the pilot and air traffic control were in quick communication regarding problems aboard the plane, according to audio of the incident from LiveATC.net.

"We are going to declare an emergency. We are losing oil pressure," pilot Taub is heard telling the air controller.

When the controller asks Taub if he has engine power, the pilot says, "No, the engine is overriding."

As the controller tried to provide directions to Taub to help make a safe landing at a Westchester Airport runway, the pilot asks for more directions. "I can't see a thing up here," Taub said.

The controller continues to usher the pilot to the cleared runway. Then at one point, the controller says radar contact was lost, and the pilot stops responding.

Later, officials found the plane crashed about a mile from Westchester Airport, according to preliminary findings from the Federal Aviation Administration.

The bodies were examined appropriately and released for burial in Ohio, Latimer said.

The crash in being investigated by the FAA and the National Transportation Safety Board.