Pelosi's flight to Taiwan was the most-tracked of all time, Flightradar24 says 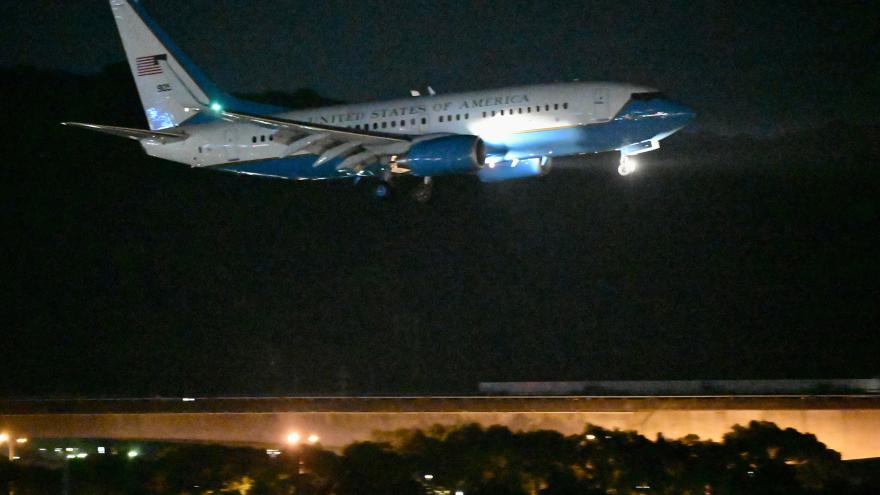 (CNN) -- US House Speaker Nancy Pelosi's flight to Taiwan, which bolstered American support for the island nation but angered China, was the single most heavily tracked flight in the history of the online flight tracking site Flightradar24.

The website, which uses a network of receivers to track planes' location and speed, said Wednesday that more than 708,000 people across the globe were tracking the flight when it landed in the Taiwanese capital of Taipei. And more than 2.9 million people tracked at least a portion of the flight amid uncertainty about whether Pelosi would follow through on her pledge to visit the island nation, whose independence is not recognized by China.

Though the stop in Taiwan was not part of Pelosi's offical schedule for her tour of Asia, a Taiwanese and US official confirmed to CNN on Monday that she would be making the stop off. The decision came amid warnings from Biden administration officials, who raised concerns about how China would respond.

Pelosi, whose visit to Taiwan was the first of its kind in 25 years, said she intended the trip to make it "unequivocally clear" that the United States would "not abandon" the democratically governed island. She was greeted by Taiwan's president, Tsai Ing-wen, in a televised meeting. She thanked Pelosi for visiting and praised her commitment to democracy and bestowed on her Taiwan's highest civilian honor.

Beijing warned that Pelosi's trip would have a "severe impact on the political foundation of China-US relations" and responded with a series of military exercises that began on Tuesday.

Pelosi traveled from Kuala Lumpur, Malaysia's capital, to Taipei aboard a Boeing C-40C jet (a military version of the Boeing 737 jetliner) operated by the US Air Force, according to the flight tracker. The flight flew under the call sign "SPAR19."

Flightradar24, which started as a passion project by two aviation enthusiasts, said in a blog post that traffic on its website became so intense that it nearly brought down the tracker, and it was forced to limit access to the site for non-subscribers by implementing a waiting room feature.

"An unprecedented, sustained interest in this particular flight led to extremely heavy load on Flightradar24 infrastructure. Our teams immediately began efforts to maintain the stability of our services. Unfortunately, due to the volume of users, it was necessary to deploy our waiting room functionality, which meters access to Flightradar24 for non-subscribers."

Shortly after Pelosi's flight landed, the company was able to restore normal access for all users.