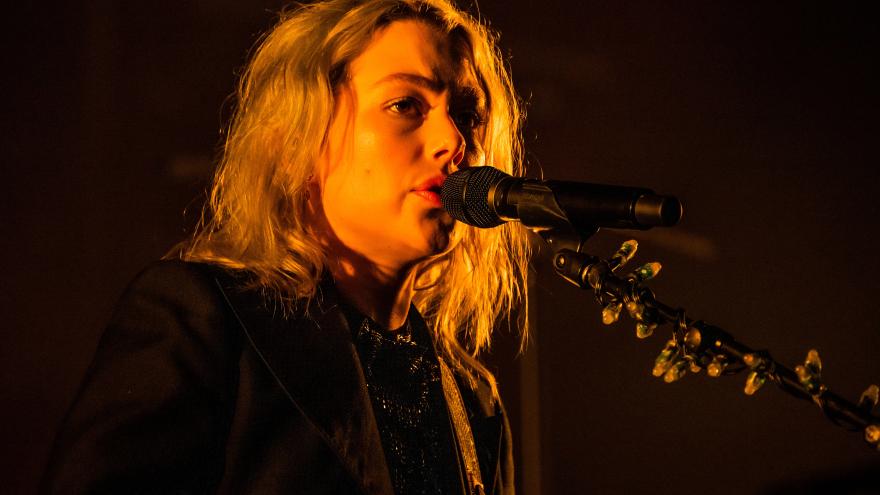 "I'm having the sh---iest day," said the American singer-songwriter, 27, referring to the ruling that holds there is no longer a federal constitutional right to an abortion.

She continued, during her set at the iconic British music festival held in Pilton, England, by asking, "Are there any Americans here?" She added, "Who wants to say f--k the Supreme Court?"

She then led the cheering crowd at Glastonbury in a chant of "F--k the Supreme Court."

"F--k that sh-t, f--k America," said Bridgers. "Like all these irrelevant motherf--kers trying to tell us what to do with our f--king bodies."

In May, shortly after a Supreme Court draft opinion showing the court's intent to repeal Roe v. Wade was published by Politico, the indie rock musician said on Twitter that she had had an abortion while on tour.

"I went to planned parenthood where they gave me the abortion pill," she wrote. "It was easy. Everyone deserves that kind of access."

On Friday, Bridgers also appeared to criticize the ruling on Twitter, writing, "f--king evil" and sharing a link to The Mariposa Fund, a New Mexico-based abortion fund.

Other musicians, including Taylor Swift, Halsey, and Mariah Carey, have also used social media to criticize Friday's ruling and advocate for the right to abortion.

Lizzo pledged to donate $500,000 from her upcoming tour to Planned Parenthood and abortion rights, with LiveNation matching her donation for a total of $1 million.

Billie Eilish, meanwhile, called the ruling "a really, really dark day for women in the US" on Friday during her Glastonbury set.