Plane goes off runway at Waterloo Airport in Canada 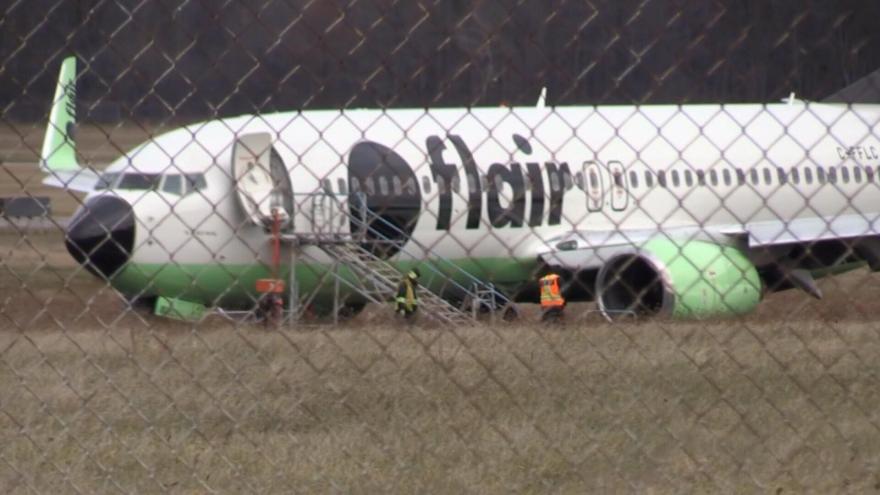 Flair Airlines flight F8 501 from Vancouver to Kitchener-Waterloo went off the runway at the end of its landing at the Region of Waterloo International Airport.

(CNN) -- A Canadian airport "will be closed to commercial traffic the rest of today" after a Flair Airlines plane "exited the runway" Friday morning during its landing, the airport and the airline said in statements.

Flair Airlines flight F8 501 from Vancouver to Kitchener-Waterloo, had 134 passengers onboard, plus crew, when it went off the runway at the end of its landing at the Region of Waterloo International Airport, the airline said. The airport is in Breslau, Ontario, about 65 miles southwest of Toronto.

No injuries were reported, it said. Passengers deplaned the aircraft and were taken to the terminal by bus.

The plane was left sitting in a grassy area off the runway, with emergency vehicles surrounding it, photos taken by Waterloo resident Tracey Quast show.

"Per the airport's procedure, our team responded to the incident to ensure the safety of those on board," the airport statement said, adding that Canada's Transportation Safety Board is on site conducting an analysis.