Police: Woman tracked down brother's suspected killer, then murdered him 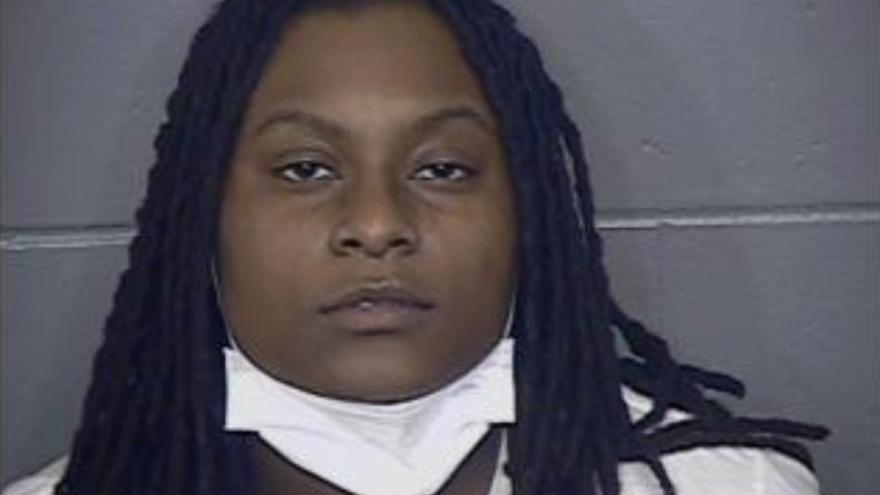 KANSAS CITY, MO (KCTV) -- A Kansas City woman is charged with second-degree murder after police say she tracked down the man suspected of killing her teenage brother last week and took actions that resulted in his death.

Police said she sent a text to her dead brother afterward letting him know she had avenged him.

Coppage's brother, 16-year-old Jason Ugwuh, was shot and killed Jan. 10 near Paloma Avenue and Topping Avenue in Kansas City, MO. He was a junior at Hogan Preparatory Academy and a standout basketball player.

Coppage and Ugwuh were also struck by tragedy in 2016 when their younger brother and cousin---Jayden Ugwuh and Montell Ross---were shot and killed while sleeping in their home at 57th Street and College Avenue. Someone had shot into the house, killing the boys, who were 8 and 9 years old. That case remains unsolved.

Police said Coppage led the gunman to her brother's suspected killer Jan. 13 in a parking lot near Thompson Avenue and Benton Boulevard. The victim's brother had driven him a short distance after the shooting, before stopping in the street and calling for help. Responding medical crews worked to save the man, but he had already died. He had been shot in the chest and leg.

Police used eyewitness accounts and surveillance video to track down the black Ford Escape used in the shooting and speak with Coppage. Coppage admitted to having called the victim before the shooting but said she only did so in hopes of the man and her father settling their differences before they killed each other. She admitted to getting into an exchange of gunfire with the victim but described the situation in a way that appeared to be self-defense, saying he shot her vehicle first before she returned fire, according to a narrative written by police in a probable cause affidavit.

Investigators reviewed Coppage's cell phone and found texts she sent a contact named "Auntie", asking for .45-caliber bullets and saying, "LOL I sued to many on bro." She also sent a text to her dead brother saying, "Sent a [expletive] to my brother I owe em that body," according to the affidavit.

Ballistics and forensic examination determined the gun recovered from Coppage was the same one used in the shooting, the probable cause affidavit states.