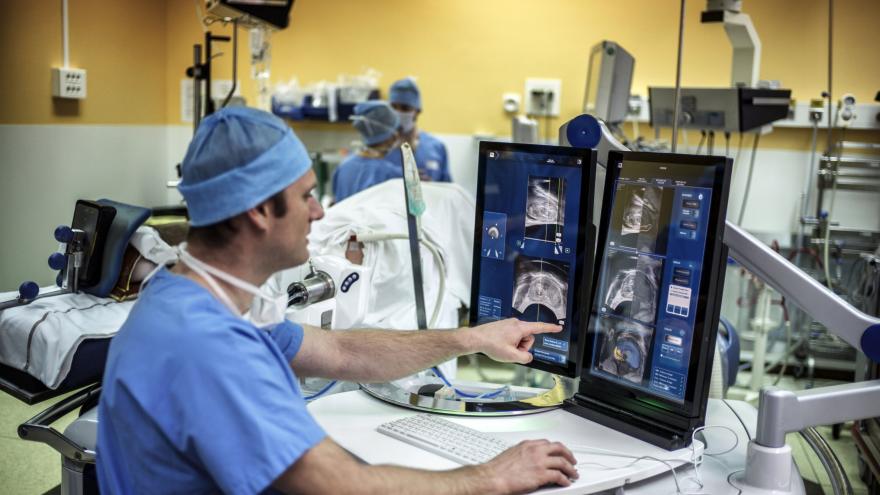 (CNN) -- A blood test to screen for prostate cancer may be better at doing so than experts originally thought, particularly among Black men, according to a new study.

A study published Sunday in the New England Journal of Medicine Evidence looked at how successful the blood tests were for all races, and specifically for Black men, by estimating how often these tests led to over overdiagnosis and overtreatment. The researchers looked at three decades of records through 2016, the last year records were available.

Not only was the test more effectivethan scientists originally thought, the study determined that the net benefit is even better for Black men than for the general population.

Previous studies found that the tests prevented 1 death for every 23 men diagnosed, and that resulted in overtreatment.

Prostate cancer is ubiquitous. With the rise in testing in the late 1980s, there was a trend to treat tumors that weren't a real threat like the ones that were, according to the American Society of Clinical Oncology. But more recently, for tumors that don't show a risk of progression, doctors have taken more of an active surveillance approach.

"These data should prompt policymakers to reconsider the utility of PSA based prostate cancer screening, particularly for Black men," the study concluded. "The potential for overdiagnosis and overtreatment remains, although these harms may be mitigated by contemporary protocols for triaging men before biopsy and active surveillance for men with low-risk disease."

The study is partially funded by the Bristol Myers Squibb Foundation, which has prostate cancer drugs in development.

Dr. William Dahut, chief science officer for the American Cancer Society, said the findings are "very important. That's not something I actually say commonly." He was not involved in the research.

However, Dahut noted that a few practices are a little different now than when these records were collected. Doctors can also screen for prostate cancer with an MRI, for example, and a cancer diagnosis does not lead to treatment as often.

This used to be called "watchful waiting," but Dahut said it's actually more active than it sounds.

Depending on a person's risk that the cancer could spread, they may be monitored closely with regular MRIs and biopsies rather than getting treatments like surgery and radiation. They will have an ongoing conversation with their doctor about how to manage the disease.

"This study should actually encourage more folks to be screened," Dahut said. "These days, you have a lot more ability to make a more nuanced and thoughtful decision with your doctor about whether you will be treated or not for prostate cancer.

"Ultimately," he added, "what this means is, if you find the disease and you treat it appropriately, outcomes can actually be impacted in a significant and positive way."