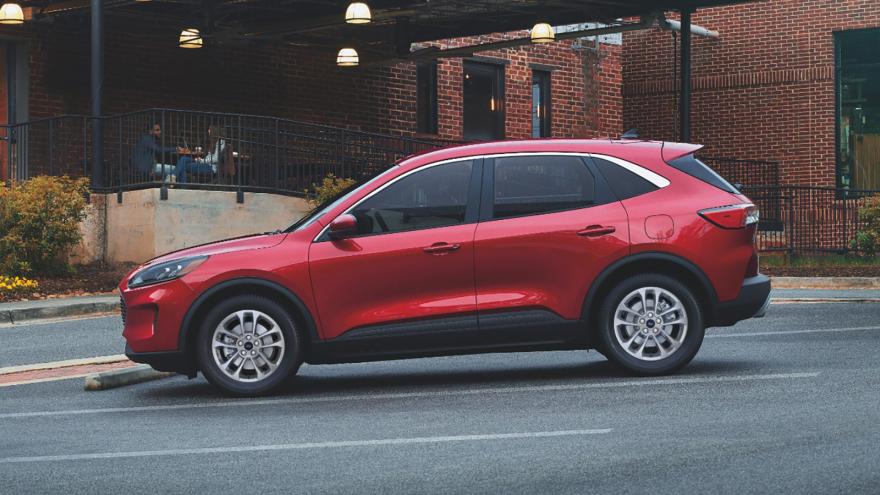 (CNN) -- Ford has announced another SUV recall, this time impacting about 520,000 Ford Escape and Bronco Sport compacts in the United States. Potential cracks in the vehicles' fuel line can cause fires to break out under the hood of some cars, according to Ford and the National Highway Traffic Safety Administration.

A total of 634,000 of the SUVs are being recalled for the problem worldwide, the company said.

Specifically, fuel injector can crack in some Escapes from model year 2022 through 2023 and 2021 through 2023 Bronco Sports that are equipped with the 3-cylinder 1.5-liter turbocharged engine. This could allow fuel, or fuel vapor, to leak over hot parts of the vehicle and start a fire.

Some of these same SUVs were involved in an earlier recall that also involved a possibility of fire. That recall, announced in March, involved a potential leak that could allow oil to get to places in the car where it might catch fire.

The majority of vehicles involved in that earlier recall have had the needed work to fix that issue, according to the company. That doesn't mean they're protected from the issue in this latest recall, however.

Under the new recall, Ford dealers will install a software update that will detect a possibly cracked injector. If an injector crack is detected, a warning light will show in the vehicle's dashboard and engine power will be reduced. This will allow the driver to find a safe place to pull over, stop and call for service, Ford said.

Ford dealers will also install a tube that will drain leaked fuel down onto the ground and away from hot surfaces in the car. The needed work will be performed at no cost to the SUVs' owners.

Ford said it is arranging for dealers to offer free pick up and drop off of the vehicles for the needed repair work. Owners can also bring their vehicles into dealerships themselves.

The Ford Bronco Sport shares much of its engineering with the Ford Escape. It is unrelated to the larger Ford Bronco, a more truck-like SUV that is a competitor to the Jeep Wrangler.