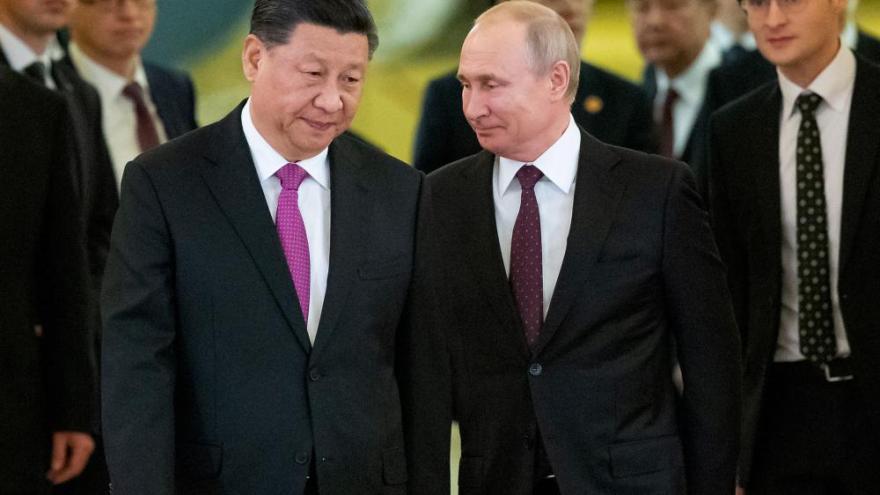 (CNN) -- The leaders of China and Russia both plan to attend November's G20 summit, its host said Thursday, setting up a high-profile showdown with US President Joe Biden.

Indonesian President Joko Widodo told Bloomberg in an interview that he'd received assurances from both Presidents Xi Jinping and Vladimir Putin that they would attend the conference, scheduled for November on the Indonesian island of Bali.

"Xi Jinping will come. President Putin has also told me he will come," he said, according to Bloomberg.

The presence of the two authoritarian leaders will ratchet up the stakes for the summit, which is the first G20 since the Russian invasion of Ukraine and the increase in tensions around the issue of Taiwan.

Neither Putin nor Xi attended last year's G20 in Rome. Xi has only recently begun to travel outside mainland China as the Covid-19 pandemic wanes.

The White House has not formally announced Biden's travel to Asia for the summit, but officials say he is expected to attend.

US and Chinese officials have been working quietly to arrange the first face-to-face meeting between Biden and Xi since Biden took office, with an eye toward November's string of summits in Asia: the G20 in Bali, a meeting of Southeast Asian leaders in Cambodia and the Asia-Pacific Economic Cooperation summit in Thailand.

Tensions between Washington and Beijing have deteriorated in recent weeks following House Speaker Nancy Pelosi's visit to Taiwan. China has increased military drills and weapons tests and shut down certain channels of communication with the United States.

During their last telephone call, Biden and Xi both agreed to work toward an in-person meeting. Biden is a proponent of regular meetings with his foreign counterparts, even when tensions are high.

Biden and his advisers have been in conversations for months about how to approach the G20 should Putin attend, and it was a subject of discussion among fellow world leaders at the G7 summit held in Germany earlier this summer and at a NATO summit in Brussels in March.

At the G7 meeting, in particular, leaders discussed ways to demonstrate a united front against Russia at the November conference, according to officials.

Biden has said Russia should be expelled from the G20, and senior members of his administration have walked out of G20 events where Russian officials were present.

But boycotting the G20 summit was not given serious consideration since Biden and his team did not want to appear to be ceding the table to Putin.

Instead, the US and other G7 nations encouraged Indonesia to invite Ukrainian President Volodymyr Zelensky as a guest participant in a show of support for Ukraine.

In April, finance ministers from multiple nations, including US Treasury Secretary Janet Yellen, walked out of a closed-door G20 session in Washington when the Russian delegate began his prepared remarks, a display of protest against Moscow for its invasion of Ukraine. Ahead of the meeting, US officials had said Yellen would not participate in certain sessions of the gathering that included Russia.

At a G20 foreign ministers meeting last month, US Secretary of State Antony Blinken challenged his counterparts to hold a tougher line on Russia, saying that for the G20 to remain relevant, it must hold Moscow accountable for the invasion.