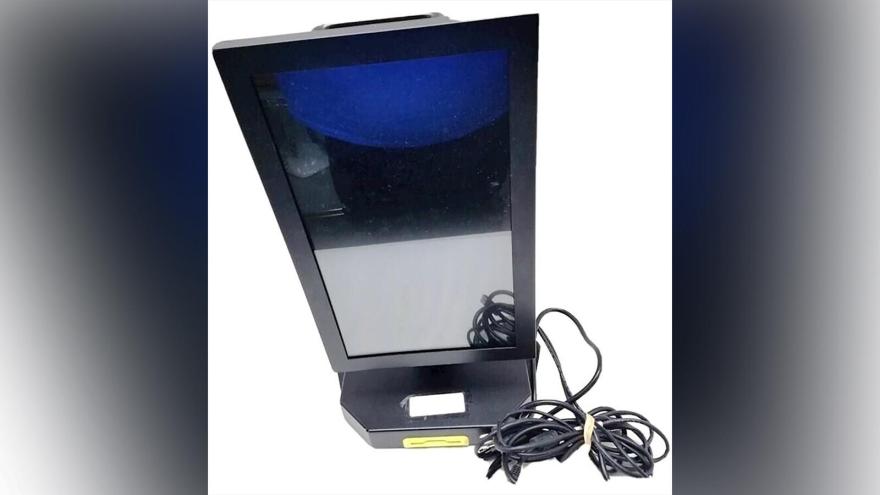 A Michigan voting machine showed up on eBay.

(CNN) -- Michigan police have closed the case of a missing voting machine and believe the device was accidentally donated to a thrift store before it wound up for sale online -- though questions remain about who donated the device in the first place.

CNN first reported in September that a cybersecurity expert based in Connecticut alerted authorities after he purchased the voting machine on eBay from a man in Ohio who acquired the device from the website of a Michigan-based Goodwill. Voting machines are considered critical infrastructure and are supposed to be kept under lock and key by local elections officials.

Voting machine security has come under fresh scrutiny over the past year. Authorities in states including Michigan, Georgia and Colorado have probed apparent efforts to gain unauthorized access to voting machines, which have become the focus of various debunked conspiracy theories that assert the devices are connected to the internet and can be used to fraudulently flip votes.

A small fraction of election officials in those states have embraced such ideas or even given outside conspiracy theorists access to the machines.

After investigating, Michigan State Police concluded "there were no nefarious activities" involved in the transfer of the machine -- a ballot-marking device -- from a township office to Goodwill, according to police spokesperson Derrick Carroll, who added that no charges would be filed against anyone.

"All indications are this was donated by accident," Carroll told CNN, though he did not elaborate on what, if anything, is known about who might have made the accidental donation.

Becky Stoddard, the clerk of Colfax Township, Michigan -- where the machine in question went missing -- previously told CNN that she does not subscribe to conspiracy theories about voting machine vulnerabilities. Stoddard told police she only learned the machine was gone when a state official told her in August the machine was posted for sale on eBay, according to a police report obtained by CNN.

Stoddard told police she keeps voting equipment in a locked storage closet, though she said the township supervisor wanted to clean that closet and that the town has a practice of donating items to an August sale organized to support a local fire department, according to the report. She told police anything not sold at that sale is typically donated to Goodwill.

Carroll, the Michigan State Police spokesperson, said authorities are not sure if the machine in question was donated to that fire department sale before it was donated to Goodwill.

Mike Mix, the Colfax Township supervisor, also told CNN he did not know whether the device was donated to the sale.

"I have no idea what happened," he said.

Stoddard, the clerk, said the township received a replacement machine and has changed all the locks at the township hall.

As for the current whereabouts of the missing machine, the election cybersecurity expert who purchased it on eBay in August, Harri Hursti, said he still has the device in his possession. He said after he contacted the Michigan secretary of state's office about the purchase he was instructed not to open the box the machine came in and was contacted by the FBI, though he said no one has come to pick it up.

The FBI did not respond to questions about what will happen to the machine now.

The Michigan secretary of state's office does not plan to further investigate the matter but will give more instruction to the jurisdiction to properly protect voting equipment, an office spokesperson told CNN.