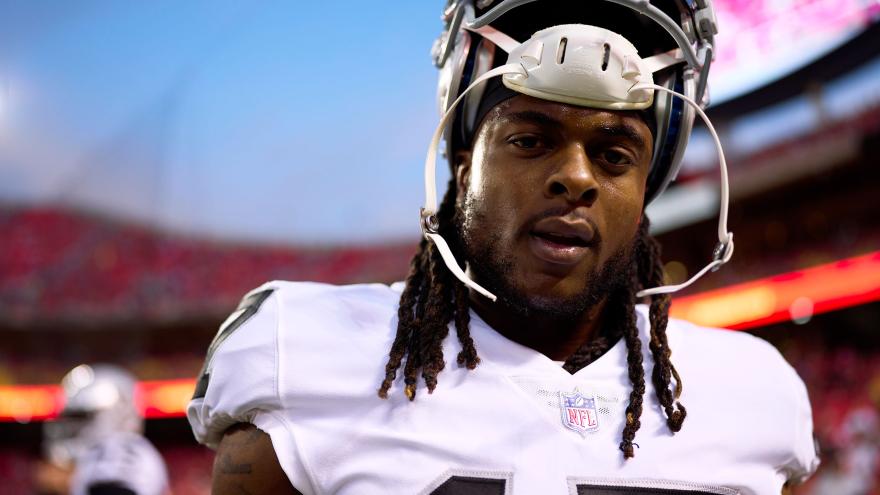 Following the Chiefs' 30-29 win, Adams was walking to the tunnel that leads to the locker rooms when the photographer crossed in front of him. Video shows Adams use two hands to push the man, who was carrying a tall stand in his hands.

The photographer "made arrangements for private transport to the hospital for treatment at which time he called police," police spokesperson Sgt. Jake Becchina said in an email. "The injuries are preliminarily thought to be non-life threatening."

The man, whom police did not name, made a police report from the hospital, Becchina said.

Adams apologized during postgame remarks in the locker room and on Twitter.

"Sorry to the guy I pushed over after the game. Obviously very frustrated at the way the game ended and when he ran in front of me as I exited that was my reaction and I felt horrible immediately," he tweeted. "Thats not me..MY APOLOGIES man hope you see this."

The incident occurred at Arrowhead Stadium after the Kansas City Chiefs rallied from a 17-point deficit to hand the Raiders their fourth loss of the young season.

The game ended after the Raiders failed to get a first down as time ran down in the fourth quarter. Adams appeared to make a drive-extending catch that was overrruled on review with 47 seconds remaining. Then on Las Vegas' final play a teammate collided with Adams and quarterback Derek Carr's pass fell incomplete.

Adams was shown after the play slamming his helmet to the ground on the sideline.

"As a person, he's a great guy," McDaniels told reporters, adding, "I know (him). I don't think there was any intent behind it on his part."

CNN has reached out multiple times to the NFL regarding potential discipline but has not heard back. McDaniels said the team will comply with what the league wants.

Detectives with the Kansas City Police Department's assault unit are investigating the pushing incident and will coordinate with prosecutors whether charges should be filed.