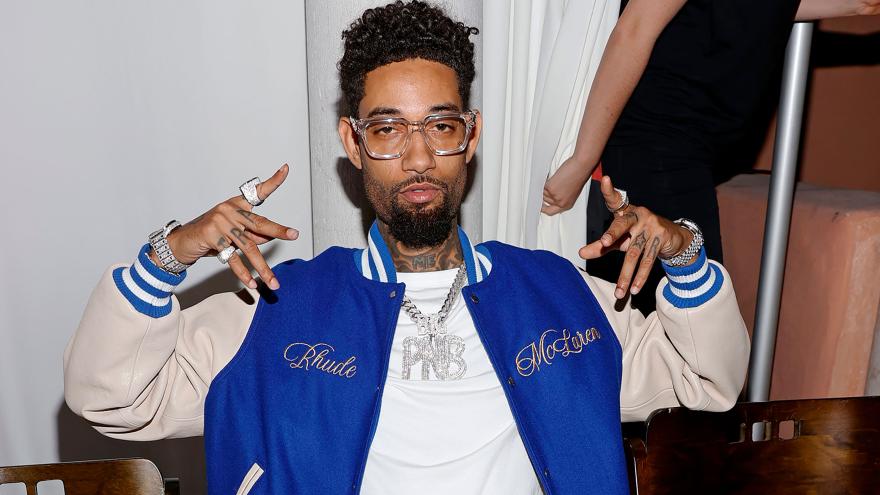 Police responded to a possible robbery at Roscoe's Chicken and Waffles on West Manchester Avenue at 1:15 p.m., where they found a victim with multiple gunshot wounds, Los Angeles Police Department Captain Kelly Muniz said during a press conference.

The Los Angeles Times reports that law enforcement sources say the victim is PnB Rock. The LAPD has not yet named the victim.

During the incident, at least one suspect approached the victim and a female witness inside the restaurant while they were eating and demanded "property," Muniz said. She was unable to say what type of property the suspect demanded.

After a verbal exchange, the suspect shot the victim multiple times and fled in a getawaycar in an unknown direction, according to Muniz.

The victim was transported to a local hospital and died at 1:59 p.m., according to Muniz. She said no one is in custody, and there is very little on the suspect description at this point.

In 2019, he also collaborated with singer Layton Greene and rappers Lil Baby and the City Girls on "Leave Em Alone," as well as with Chance the Rapper and Ed Sheeran on "Cross Me."

His latest song, "Luv Me Again," was released on September 2.