Reality is setting in for GameStop stock 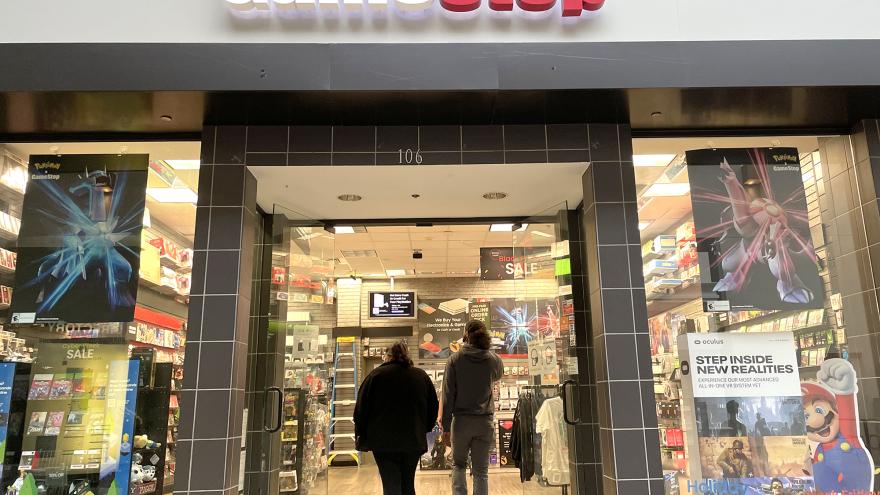 (CNN) -- Billionaire Ryan Cohen profited big when he briefly invested in struggling retailer Bed Bath & Beyond and helped it become a meme stock again. Now he faces an arguably tougher challenge with another of the original meme phenoms: GameStop.

Cohen is the chairman of GameStop, which will report second-quarter results late Wednesday. Analysts expect a 7% year-over-year increase in sales — but they're also forecasting a significant loss.

Wall Street forecasts that GameStop will post a net loss of $115.5 million, more than double the loss it took this quarter last year. The company is spending aggressively on the launch of its new marketplace for non-fungible tokens (NFTs), digital assets that have taken the collectibles world by storm.

Cohen and GameStop CEO Matt Furlong, a former Amazon executive who joined GameStop in 2021, will need to convince a suddenly skeptical group of investors that these investments will eventually turn into profits.

There's a lot at stake: Shares of GameStop are down 35% so far this year. The stock is trading nearly 65% off its 52-week high and is more than 80% below its peak meme mania price from January 2021.

GameStop kicked off the "meme stock" trend, enjoying a spectacular rise in the past two years thanks to love from the meme investing crowd on Reddit — in which an army of individual investors flocked to companies, like GameStop and AMC, that many big hedge funds were betting against. These Reddit apes, as many proudly referred to themselves, were trying to prove the big Wall Street firms wrong.

But GameStop has struggled in 2022, even though it split its stock earlier this year to lower the share price — which in theory should have led to more demand for GameStop shares because they'd be more affordable for individual investors.

GameStop does have some notable advantages in its favor, though.

Sales around the holidays should be typically strong as shoppers look to buy gaming consoles Microsoft, Sony and Nintendo plus the latest titles for those devices, along with PC games. The company had more than $1 billion in cash at the end of April, up sharply from $695 million a year earlier. And it has only $35.7 million in long-term debt — so GameStop has money to spend on its NFT plans.

Yet the company faces plenty of other challenges.

GameStop parted ways in July with chief financial officer Mike Recupero, another Amazon veteran like Furlong, who held the position for only about a year. The company gave no reason for Recupero's firing, but in the same announcement, GameStop also disclosed layoffs.

Jenna Owens stepped down as chief operating officer in October, only seven months after taking the job. Nir Patel, former CEO of retailer Belk, joined GameStop as COO in May -— but he and GameStop now face a lawsuit from his former employer. Belk is suing for alleged violation of a non-solicitation agreement, accusing Patel and GameStop of hiring Belk workers for roles at GameStop. Analysts may have questions about this on the post-earnings conference call.

So GameStop's current outlook may not be as dire as that of Bed Bath & Beyond, which is in turmoil following store closures, layoffs and the suicide of its chief financial officer, who is also reportedly named in a lawsuit alleging charges of fraud and insider trading.

But GameStop has plenty of other hurdles for Cohen and Furlong to contend with as the company seeks a return to its meme stock glory days.