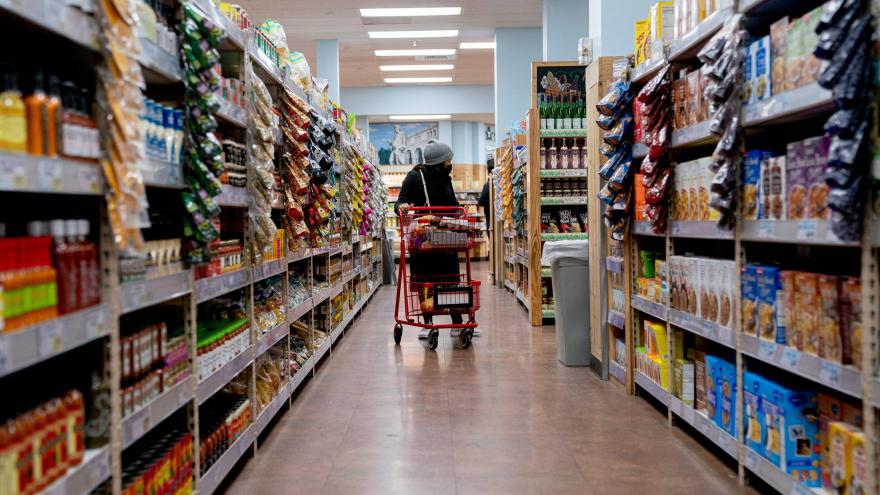 (CNN) -- The war in Ukraine. Red-hot inflation. And rapid interest rate hikes. The economic recovery that began two years ago faces credible threats that could lead to its premature demise.

The US economy has at least a one-in-three chance of sinking into a recession over the next 12 months, Moody's Analytics chief economist Mark Zandi told CNN.

Before Russia invaded Ukraine, economists hoped energy prices and overall inflation would cool off this spring and summer. Now, the inflation outlook has darkened, with prices for gasoline, food, metals and other raw materials rising sharply.

"It's reasonable to be nervous here," Zandi said. "The Russian invasion and the spike in oil and commodity prices really changed things."

Goldman Sachs economists said earlier this month the chance of a recession in the United States over the next year has climbed to as high as 35%.

'A line that can't be crossed'

The worsening inflation picture could force the Federal Reserve to do more to knock inflation down to healthy levels.

Consumer prices surged by 7.9% in February, the biggest 12-month spike in 40 years. But that inflation report did not capture the impact of Russia's invasion of Ukraine.

Zandi said it's clear that the war in Ukraine is boosting inflation expectations, an ominous development for Fed officials who had been hoping to calm inflation fears. Central bankers get nervous when families and business leaders anticipate higher prices, because that can become a self-fulfilling prophesy.

"That is a line that can't be crossed. It means the Fed has to be very aggressive," Zandi said.

Morgan Stanley, joining a number of other Wall Street banks, said on Thursday it expects the Fed to raise interest rates by half a percentage point during each of the next two months. The Fed hasn't done that in back-to-back meetings since 1994.

"The harder the Fed steps on the brakes, the higher the probability the car seizes up and the economy goes into recession," Zandi said.

The odds are still in the Fed's favor to get the economy to slow down into a self-sustaining expansion, Zandi said. "We just need a little bit of luck here. The pandemic and Ukraine can't go down some dark path," he added.

Fed Chairman Jerome Powell, in a speech earlier this week, noted the US central bank in the past has been able to tame inflation -- without crashing the economy. He cited 1965, 1984 and 1994 as examples.

"I believe that the historical record provides some grounds for optimism: Soft, or at least soft-ish, landings have been relatively common in US monetary history," Powell said.

Larry Summers, the former US Treasury Secretary, is skeptical.

In a Washington Post Op-Ed last week, Summers accused the Fed of "wishful and delusional thinking" and called out what he views as "absurdity" in the central bank's forecast for inflation to rapidly cool off in a red-hot jobs market.

Summers previously warned that Fed policy has left the US economy on a path toward a large recession and stagflation, a toxic mix of weak growth and high inflation that marred the US economy in the late 1970s and early 1980s.

For his part, Zandi said stagflation is a "low-probability" event because the Fed would do whatever it took to avoid it -- including ending the recovery.

"If it looks like we're going into stagflation," Zandi said, "the Fed will push us into recession."