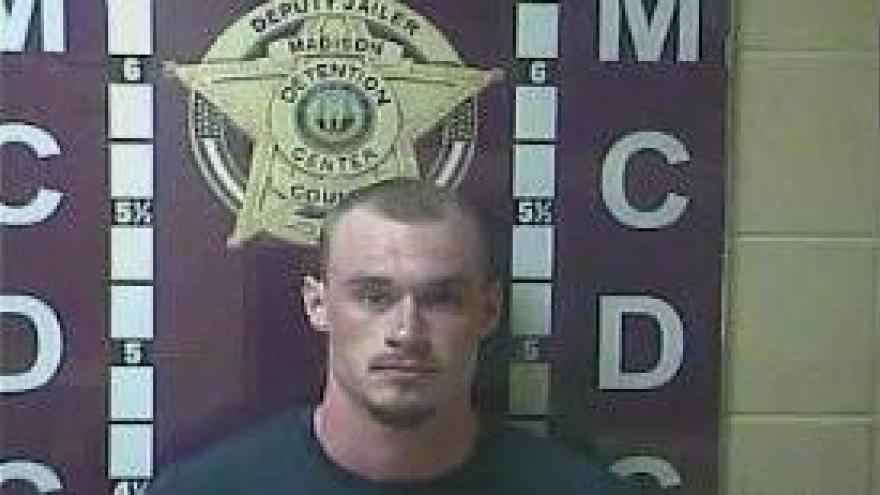 David Sparks was arrested and charged with Tampering with Physical Evidence and Abuse of a Corpse.

(CNN) -- The remains of a Kentucky woman, who went missing more than six months ago, have been found on property owned by a family member of a man charged in the case, authorities said Thursday.

Savannah Spurlock's remains were identified by a medical examiner Thursday, hours after David Sparks was arrested on suspicion of abuse of a corpse and tampering with physical evidence, Kentucky State Police Trooper Robert Purdy told reporters.

The remains were found late Wednesday night on a property in Garrard County, south of Lexington, owned by a Sparks' family member, Purdy said. Someone called police after a person at the property smelled a foul odor, he said.

The property was searched about five months ago, and it is unclear why Spurlock's body was not found then, Purdy said.

"I don't believe there's any indication that she was placed there recently," he said. "I think that the odor (from the remains) ... that's what led us there."

Sparks, 23, was in court Thursday and a not guilty plea was entered on his behalf, CNN affiliate WKYT reported.

The medical examiner's office hasn't determined a cause of death, the trooper said.

Spurlock had missing since January 4. The 23-year old mother of four was last seen leaving The Other Bar, located in Lexington. Shortly after her disappearance, police questioned three men seen with her on surveillance footage from the bar, Purdy said. One of the men was Sparks, he said. There were no charges filed against the other two men, Purdy said.

Her family set up a Facebook page in the hopes of gathering information and offered a $15,000 reward for the first tip that led to her return or recovery or the arrest of a suspect.

On Thursday, the page had a post calling the discovery of remains heartbreaking.

"Our sobs of pain and physical anguish are met with moments of our beautiful memories of the vibrant and vivacious person she was. She lives on through her precious boys, who each carry a special part of her in them," the family post said. "As hard as the last six months have been, the truth of what happened that night in January is going to be even more painful. We have fought a very public fight, and now we must step away and grieve privately."

On the six-month anniversary of Spurlock's disappearance, Savannah's mother, Ellen Spurlock, told WKYT that she took time to remember the times they spent together. "We would be grilling out, playing games, hanging with the grandbabies," she said.

After leaving The Other Bar on the night of her disappearance, Savannah Spurlock made a FaceTime call to her mother while in a vehicle. That was the last time she saw her daughter's face, Ellen Spurlock said.

Purdy told reporters Thursday that Savannah Spurlock, who has four sons, was seen with Sparks on the morning of January 5.