Researchers want to send nude illustrations of humans into space 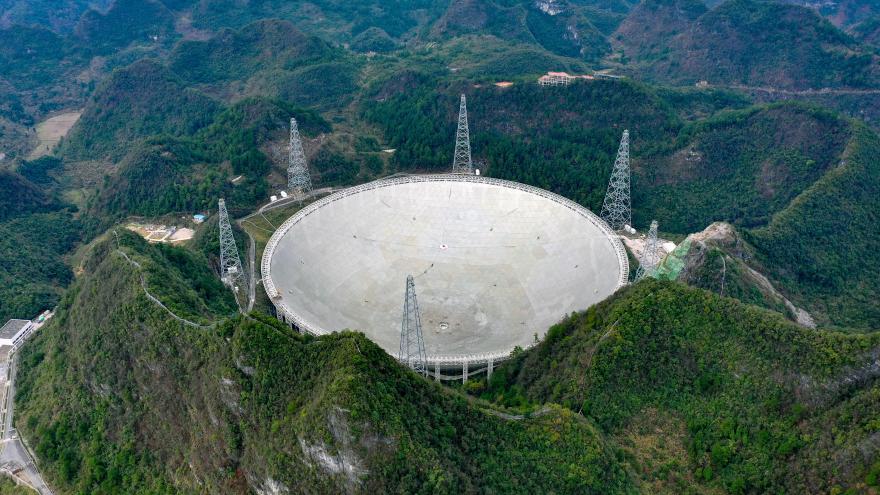 (CNN) -- Space researchers want to send a coded message to aliens, including illustrations of nude humans.

The proposal, "A Beacon in the Galaxy" (BITG), was presented by 11 researchers from a range of institutions, including NASA Jet Propulsion Laboratory. It was published this week in Arxiv, an open-access repository of scientific papers.

It calls for a binary-coded message "developed for transmission to extraterrestrial intelligences in the Milky Way galaxy," and will include scientific concepts including the human form, according to the proposal.

It will build on previous messages sent to space, principally the Arecibo message, an interstellar radio message sent to globular star cluster M13 in 1974, the researchers said.

NASA has previously sent aspects of humanity to space. The 2021 Lucy Mission included a poem by inaugural National Youth Poet Laureate Amanda Gorman, lyrics and quotes from the Beatles and a fossil belonging to the ancient human ancestor that gave the mission its name. Voyager 1 and 2 took with them golden phonograph records with images and sounds meant to reflect human culture.

The BITG proposal plans to leave out human culture and language entirely, focusing on concepts that may be be more legible to extraterrestrial intelligence (ETI): mathematics and physics.

"Though the concept of mathematics in human terms is potentially unrecognizable to ETI, binary is likely universal across all intelligence," the researchers said. Therefore, the message was coded in the binary language of zeroes and ones used in computing systems.

The message includes a time stamp, location stamp, visual representations of the DNA double-helix structure and a hydrogen atom, visual explanations of algebra and other mathematical operations, an illustration of the solar system, a map of the earth, and, of course, a smiling illustration of two human bodies, one male and one female. The pair are waving at the viewer.

"This information is part of the basic expectation of any message to an ETI as it allows recognition of our appearance -- a detail of a given ETI that would no doubt be of interest to us, and relevant should further exchanges be established, or we someday physically meet," the scientists said.

In other words, aliens might be eager to see what humans look like, just as we would be curious to see if they match the green, bug-eyed extraterrestrials of science fiction fame.

The messages close with an invitation for extraterrestrials to respond using a radio telescope apparatus of their own.

The report proposes using the FAST Observable Field, the largest radio telescope in the world, located in Pingtang, Guizhoou, China, to send the message.

"The message is simple but meaningful," the researchers said, with the ultimate goal to "start a dialogue with ETI -- no matter how far in the future that might occur."

The project was created with support from the Jet Propulsion Laboratory at the California Institute of Technology, under contract with NASA, and the NASA ROSES Exoplanet Research Program.