San Francisco Giants manager: 'I don't plan on coming out for the anthem going forward until I feel better about the direction of our country' 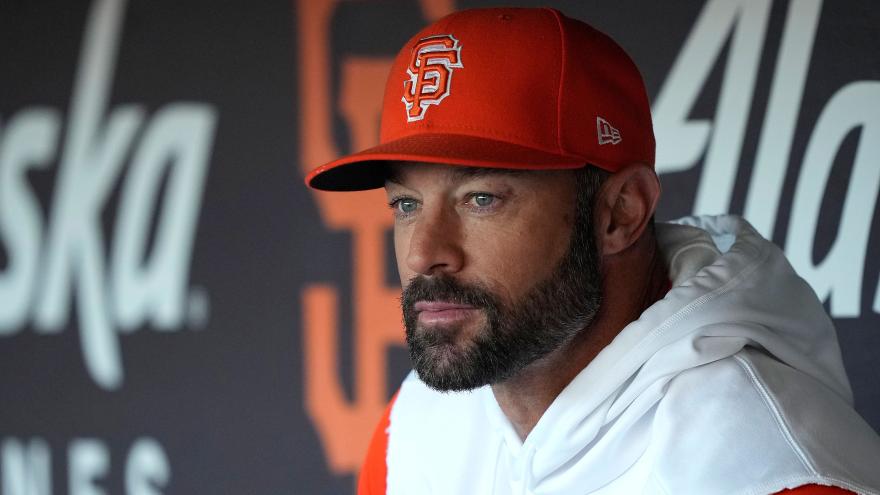 (CNN) -- San Francisco Giants manager Gabe Kapler told reporters ahead of his team's Friday game against the Cincinnati Reds that he intends to forgo the pregame US national anthem moving forward.

Speaking in the dugout of the Great American Ballpark in Cincinnati, Ohio, Kapler said, "I don't plan on coming out for the anthem going forward until I feel better about the direction of our country."

The 2021 National League Manager of the Year's comments were accompanied by a written statement on his website sharing his thoughts after 19 children and two adults were killed at Robb Elementary School in Uvalde, Texas, by a lone, 18-year-old gunman.

In a blog post, Kapler questioned whether the country's leadership is committed to representing its people's best interests and whether the United States is truly "the land of the free and the home of the brave."

"We weren't given bravery, and we aren't free. The police on the scene put a mother in handcuffs as she begged them to go in and save her children. They blocked parents trying to organize to charge in to stop the shooter, including a father who learned his daughter was murdered while he argued with the cops. We aren't free when politicians decide that the lobbyist and gun industries are more important than our children's freedom to go to school without needing bulletproof backpacks and active shooter drills," Kapler wrote.

Later, Kapler wrote about his disillusionment with what he called "the lack of delivery of the promise of what our national anthem represents."

"I am not okay with the state of this country. I wish I hadn't let my discomfort compromise my integrity. I wish that I could have demonstrated what I learned from my dad, that when you're dissatisfied with your country, you let it be known through protest. The home of the brave should encourage this."

Kerr refused to speak about basketball ahead of Game 4 of the Warriors' series against the Dallas Mavericks, instead raising his voice as he railed against gun violence in the wake of Tuesday's shooting.

"In the last 10 days, we've had elderly Black people killed in a supermarket in Buffalo, we've had Asian churchgoers killed in Southern California, now we have children murdered at school," Kerr told reporters at the start of the press conference.

"When are we going to do something? I'm tired. I'm so tired of getting up here and offering condolences to the devastated families that are out there ... I'm tired of the moments of silence. Enough."