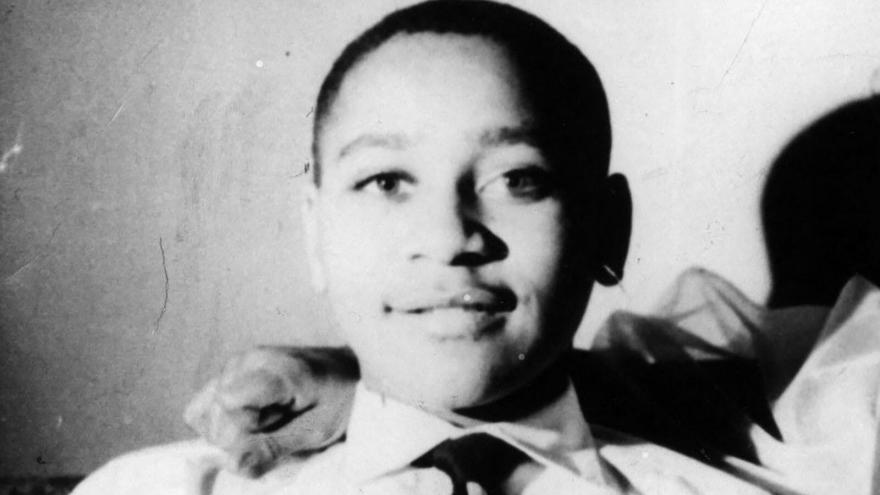 Emmett Louis Till, 14, with his mother, Mamie Bradley, at home in Chicago.

(CNN) -- The Senate on Tuesday passed a bipartisan bill to award the Congressional Gold Medal posthumously to Emmett Till, a teenager savagely killed in 1955 by White supremacists in Mississippi, and his mother, Mamie Till-Mobley, who decided to have an open-casket funeral because she "wanted the world to see what they did to my baby."

New Jersey Sen. Cory Booker, a Democrat, and North Carolina Sen. Richard Burr, a Republican, introduced the bill in September 2020 and reintroduced the legislation for the 117th Congress last year. The Congressional Gold Medal is the highest civilian honor Congress can give.

"His gruesome murder still serves as a solemn reminder of the terror and violence experienced by Black Americans throughout our nation's history," Booker said in a statement. "The courage and activism demonstrated by Emmett's mother, Mamie Till-Mobley, in displaying to the world the brutality endured by her son helped awaken the nation's conscience, forcing America to reckon with its failure to address racism and the glaring injustices that stem from such hatred."

He continued, "More than six decades after his murder, I am proud to see the Senate pass long-overdue legislation that would award the Congressional Gold Medal to both Emmett and Mamie Till-Mobley in recognition of their profound contributions to our nation."

Till, a 14-year-old Black teen from Chicago, was visiting family in Mississippi -- the scene of his fateful encounter with then-20-year-old Donham.

Accounts from that day differ, but witnesses alleged that Till whistled at Donham as she left the market she ran with her husband. Donham later testified in 1955 that Till grabbed her hand, her waist, and propositioned her, saying that he had been with "white women before."

The Justice Department reopened the case nearly four years ago "upon the discovery of new information," the department said at the time and failed to elaborate further. But the actions of federal investigators followed a firestorm of calls for re-opening the case, prompted by the release of the book "The Blood of Emmett Till," in which Donham appears to recant her claims against Till.