Senate sergeant-at-arms says cyber threat, not another insurrection, keeps her up at night 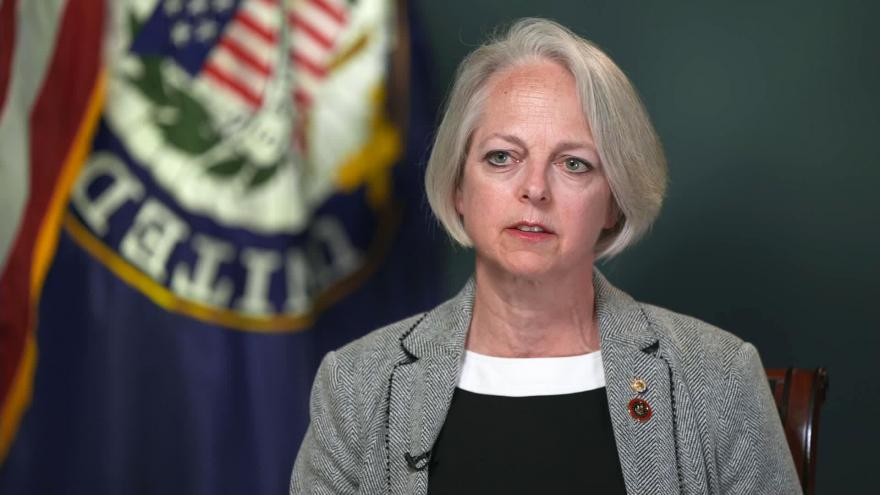 Senate Sergeant-at-Arms Karen Gibson, the chief law enforcement officer of the Senate, says the threat of a cyber attack on the US Capitol, not another riot or insurrection, is what keeps her up at night.

(CNN) -- Senate Sergeant-at-Arms Karen Gibson, the chief law enforcement officer of the Senate, says the threat of a cyber attack on the US Capitol, not another riot or insurrection, is what keeps her up at night.

"I worry a lot more about cybersecurity than I do about another mob attacking the Capitol. Certainly our networks are, have attempted intrusions every single day. And so cyber security for me is a much greater concern than the prospect of thousands of people storming the West Terrace," Gibson said in an interview Friday afternoon with CNN's Pamela Brown. "It is truly the cyber threat that keeps me up at night."

Gibson assumed her post in late March, but was part of the team of Retired Lt. Gen. Russel Honoré, who led a review of security at the Capitol in the wake of the January 6 riot. Senate Majority Leader Chuck Schumer tapped the seasoned combat veteran, who had recently completed a 33-year military career in which she attained the rank of Lieutenant General in the United States Army, for the job after her work on Honoré's team.

In recent weeks in the United States, there have been back-to-back cyber attacks on JBS Foods and Colonial Pipeline, which not only demonstrated the impact such attacks can have on the day-to-day lives of everyday Americans but the nation's inability to guard against them. In response to these recent attacks, Gibson said she's very concerned with the issues a cyber attack could pose against the Senate.

"I've often thought of that as sort of the soft underbelly of America -- the critical infrastructure that's in private sector hands, and may or may not be secured to the extent that we needed to be, as we saw, perhaps, with the Colonial Pipeline ransomware incident. There are many opportunities for those who wish us harm to do so, in a cyber domain," Gibson said. "It's certainly going to keep the cybersecurity staff very busy for the foreseeable future."

Gibson said she has a "highly capable" cyber security team as well as a chief information officer and together, they work to secure the Capitol networks and understand their vulnerability.

Asked to respond to FBI Director Christopher Wray's comments to the Wall Street Journal comparing the current cyber threat from ransomware to the terrorism threat around 9/11, Gibson was in agreement.

"I think, whether it's ransomware or other cyber security threats, yes, I actually, again I see cyber security as my greater concern than a mob attacking the Capitol," Gibson said.

Gibson said Capitol Hill could be a big target for attackers aiming to cause harm, and although much of what is done in the Senate is public, she still sees the threat as a concern.

"Much of what we do is public and meant to be so, so committee deliberations, hearings -- that's intended to be public. But I would worry about, I think, nation state actors or others who might try to just really cripple the government's ability to function by locking down cyber communications network. Now, I would say, the legislative branch where we still physically walk a bill from the House to the Senate, is perhaps better posture to when we're back to pencil and paper than perhaps some of the other parts of the government, but it's still a concern here," Gibson said.

Gibson also talked about the rise in angry political rhetoric around the country.

"We all have a right to express our political opinions, and we have a right to express anger and frustration, not in a violent way, to those who've been elected to represent us, and to make them understand our thoughts and feelings regarding potential legislation," she said in a continuation of the interview that aired Sunday on "Newsroom."

"I think what concerns me is, is the group of Americans that have fallen for some conspiracy theories and just some whacked-out ideas that are not based in fact. And, you know, I say tongue in cheek, now that we have a vaccine for Covid, I think we need to work on one for disinformation, but I am concerned about people who just cannot separate fact from fiction."

Gibson said that in 2020, the amount of threats to members of Congress "began to go up considerably."