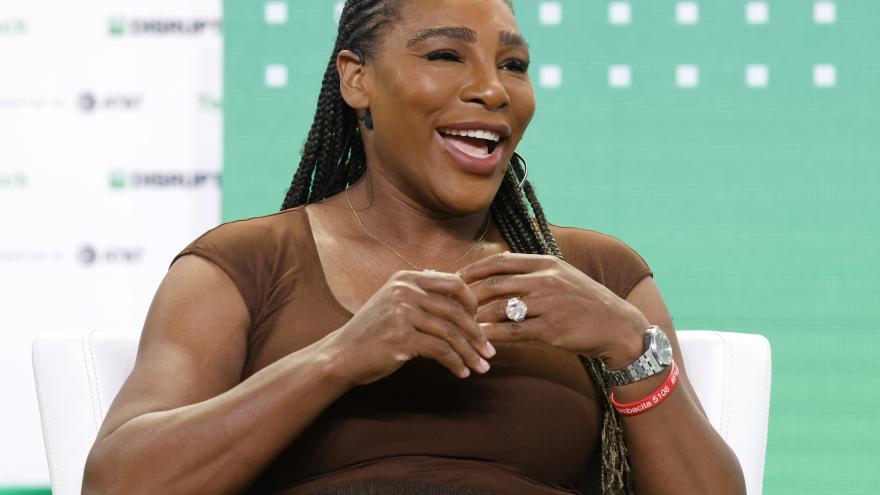 (CNN) -- Serena Williams continues to tease tennis fans about whether they will see her back on court, this time saying she is "not retired" from the sport.

Williams, considered by many as the greatest player of all time, announced she would "evolve away from tennis" after this year's US Open, adding that she "never liked the word retirement."

In a brief comeback to the sport last year, the 23-time grand slam champion completed in singles at Wimbledon, the National Bank Open, the Western & Southern Open and the US Open, where she was knocked out by Ajla Tomljanović in the third round.

Speaking at the recent TechCrunch Disrupt conference in San Francisco to promote Serena Ventures, her investment company, Williams, 41, said: "I'm not retired ... The chances are very high [of playing again]. You come to my house, I've got a court."

Last month, in an interview on Good Morning America, Williams said "you never know" to a return to competitive tennis and explained how NFL quarterback Tom Brady had "started a really cool trend."

The 45-year-old Brady said he was retiring from the NFL in February, only to later reverse that decision and continue his career with the Tampa Bay Buccaneers this season.

As part of her plans to "evolve away from tennis," Williams said she would be spending more time with her family, as well as pursuing her business interests and charity ambassador roles.