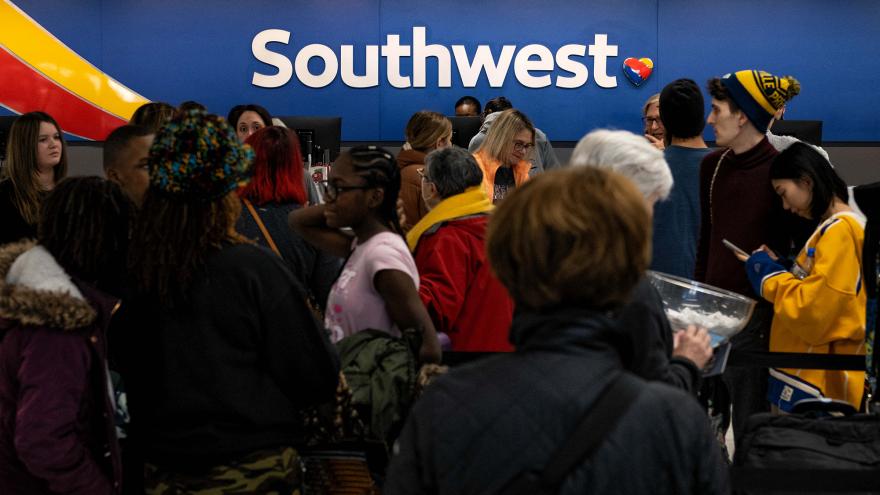 "Three years in the negotiating room, very little progress, a Christmas meltdown that has just defined what all of our problems are have led us to this decision," Casey Murray, a Southwest captain and president of the Southwest Airlines Pilots Association, said.

The union leadership is calling for a strike authorization vote, an early step toward a possible strike. It said the vote could begin in May, a timeline that would "give our customers time to book elsewhere so that they may have confidence in their summer vacations, honeymoons, and family outings."

The union's vice president, Michael Santoro, called it "a tool to wake up management."

Still, there is little chance of a strike anytime soon. Airline employees work under the Railway Labor Act, a different labor law than the one that controls contract negotiations at most businesses. That law imposes strict restrictions on when airline employees are allowed to strike.

Under the law a strike typically can't start until 90 days after a government agency known as the National Mediation Board declares that the two sides are at an impasse. Even at the end of that 90-day period a vote from Congress can impose a contract on the two sides and block a strike, as happened at the nation's freight railroads in December.

The union also said it is asking Southwest for "gratitude pay to compensate our pilots who suffered through the meltdown."

The airline told CNN that the union's statement "does not affect Southwest's operation or our ability to take care of our Customer."

"We will continue to follow the process outlined in the Railway Labor Act and work, under the assistance of the National Mediation Board, toward reaching an agreement that rewards our Pilots and places them competitively in the industry," said Adam Carlisle, an airline vice president. He said mediated negotiations resume next week.