St. Louis man set to serve 241 years in prison reflects on first weeks of freedom since 1995 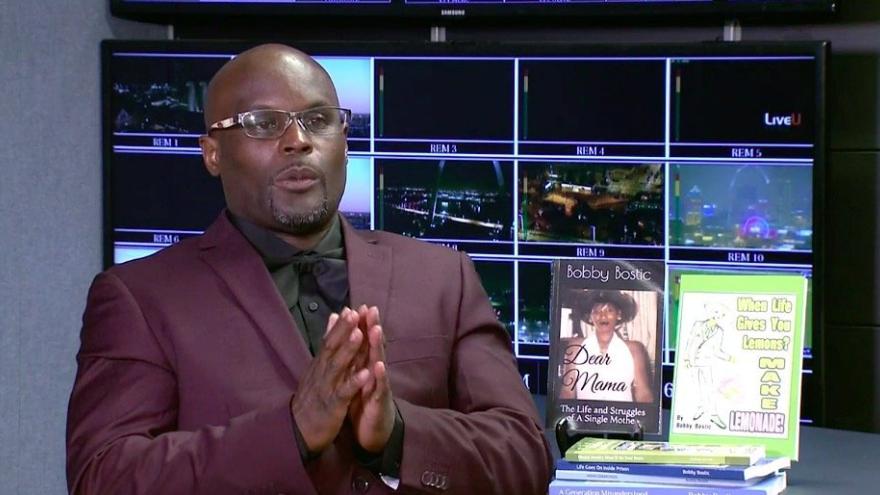 The service at Williams Temple Church on Union Blvd was in support of Bostic, 43, who was released from prison after nearly three decades.

“Everything that everyone on the street takes for granted is something I’m going to appreciate every day for the rest of my life because I was deprived of those things for 27 years,” Bostic says.

Bostic had been incarcerated since 1995, after committing a series of robberies in St. Louis when he was 16 years old.

After being convicted of more than a dozen charges, Bostic was sentenced to 241 years in prison.

“She pronounced that at sentencing when she told me I would die in prison,” Bostic says. “It was basically a death sentence.”

Bostic wouldn’t have been eligible for parole until he was 112 years old. Although he expected to spend the rest of his life in prison, Bostic wanted to change who he was.

Bostic started reading books and eventually wrote 15 of his own.

“I wanted to do more than die in prison,” Bostic says. “Even though I wasn’t ever getting out, I wanted something better because when I looked around prison all I saw was darkness. Just stupidity and ignorance. This can’t be my life. There has to be something better than this.”

While in prison, Bostic also earned an Associate’s Degree. He says the degree cost $28,000, which is something his family couldn’t afford.

Bostic says the kindness of strangers allowed him to get that degree.

“They saw I was trying to do something with my life,” Bostic says. “There are good people in the world and they saw goodness in me in prison so they helped me.”

While Bostic was working to better himself in prison, the judge who issued his 241-year sentence noticed.

For four years, Evelyn Baker advocated for Bostic and a second chance at life.

“Just to have that opportunity is the biggest blessing that anybody could ever think of when you were never getting out,” Bostic says.

On Nov. 9 Bostic was given that second chance when he walked out of prison on parole.

“It was the greatest feeling in the world,” Bostic says. “It was surreal. It was like the sun was shining for the first time when you walk out in the sunshine with no cuffs on.”

Bostic is working to get his Bachelor’s Degree, hoping to enroll in a university in St. Louis and just got his own driver’s license.

The most important thing to Bostic is appreciating all the little things that come with his newfound freedom.

“Everything in the world is different but it’s beautiful though,” Bostic says. “The grocery store, the laughter of the kids, the grass. We couldn’t walk on the grass all day. Just the leaves. Everything I see in nature. Everything is a blessing.”

Bostic also has a message for teens in the community.

Bostic continues to keep in touch with the former judge who helped make parole possible for him, even spending Thanksgiving with her on Thursday.