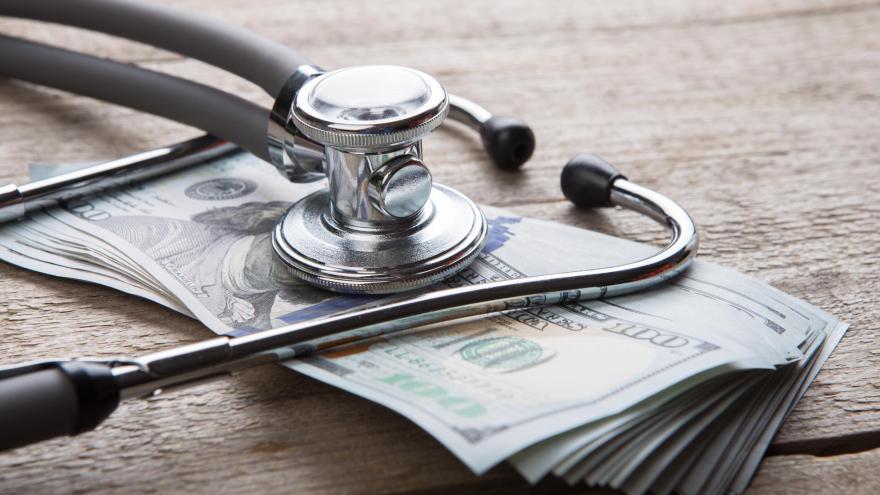 (CNN) -- States are expected to receive a total of more than $100 billion in extra federal Medicaid funds to help them get through the Covid-19 pandemic, according to a Kaiser Family Foundation analysis released Tuesday. That's more than double what they are projected to spend on the growth in Medicaid enrollees.

The expanded funding stems from a coronavirus relief measure Congress approved in March 2020. It provides states with a 6.2 percentage point increase in their federal match rate for most enrollees. In return, states have not been allowed to drop residents involuntarily from Medicaid coverage during the public health emergency, which is currently set to expire in mid-July.

That protection has led enrollment to balloon -- with Kaiser projecting that it will hit 110.3 million by the end of fiscal year 2022 on September 30, an increase of 25% from fiscal year 2019, before the pandemic began.

States are expected to spend a total of $47.2 billion from fiscal year 2020 through fiscal year 2022 to cover the additional people enrolled in Medicaid because of the continuous coverage requirement, according to the Kaiser analysis. The enhanced federal match estimate is over the same time period.

About two-thirds of states say they are using the federal fiscal relief to help address Medicaid or general budget shortfalls and to mitigate cuts to benefits and to provider rates, according to a separate Kaiser report. The additional federal money allows states to spend more of their own funds on other needs, such as education, rather than their share of Medicaid costs.

The enhanced Medicaid funding is one of several ways the federal government has poured money into state coffers during the pandemic. Lawmakers also provided a total of $500 billion in aid to state and local governments in two other relief packages, though their economies did not crater as initially feared.

In fact, many states are flush with funds -- thanks in large part to a wide array of federal pandemic support efforts and higher-than-anticipated tax revenues -- and are cutting taxes.

The augmented Medicaid match was designed to quickly provide broad fiscal relief for states, said Robin Rudowitz, director of Kaiser's Program on Medicaid and the Uninsured and co-author of the analysis. The federal government also temporarily increased the match rate as part of the American Recovery and Reinvestment Act of 2009 to help states contend with the economic fallout from the Great Recession.

Kaiser projects that Medicaid enrollment will have grown by 22.2 million people between fiscal year 2019 and the end of fiscal year 2022.

But it is expected to plummet once the public health emergency ends and states are once again allowed to review eligibility for coverage -- which could start as soon as August 1 if the declaration is not renewed.

Between 5.3 million and 14.2 million people could be dropped during fiscal year 2023, with the largest losses occurring among low-income adults who qualify under Medicaid expansion, certain other adults and children, Kaiser estimates. The figure is "highly uncertain," it notes.

A separate Urban Institute analysis found that enrollment could decline by 14.4 million if the public health emergency expires after the second quarter of 2022.

Enrollees could lose coverage because they no longer meet income or other criteria or because of administrative barriers, such as failing to receive or properly fill out the renewal paperwork.

States will be largely responsible for reaching out to their residents to determine if they remain eligible and, if not, to help them shift to other policies, such as on the Affordable Care Act exchanges. They have 14 months to complete the eligibility checks.

"How states implement the unwinding of the continuous enrollment requirement will make a really big difference in how many people are able to retain coverage," Rudowitz said.