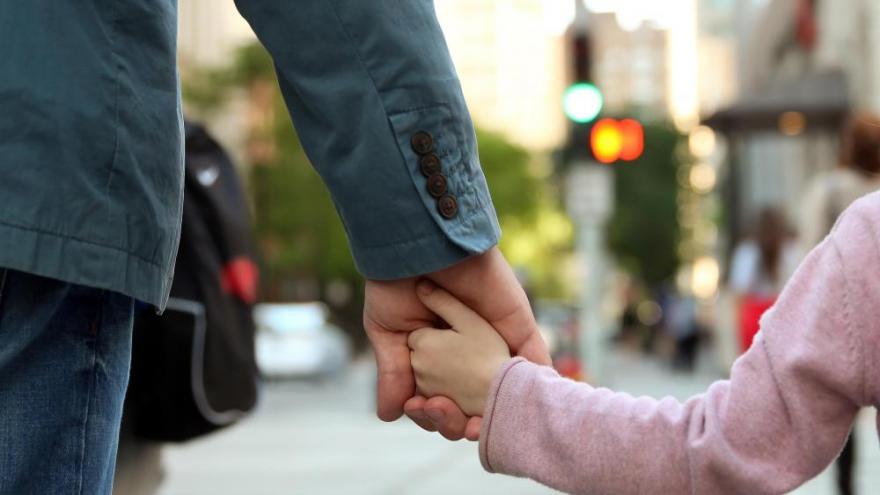 The Internal Revenue Service is on track to start sending stimulus-enhanced child tax credits to millions of families in July.

(CNN) -- The Internal Revenue Service is on track to start sending stimulus-enhanced child tax credits to millions of families in July, the agency's head said Tuesday.

The upbeat prediction from IRS Commissioner Charles Rettig was a notable change from his more hesitant assessment last month, when he told a House subcommittee that the agency might not meet the deadline imposed by the Democrats' $1.9 trillion relief package.

The agency intends to debut an online portal on July 1 to allow it to send the child tax credit to families periodically this year, instead of as a lump sum at tax time, Rettig said. They can use the portal to inform the IRS of any changes to their households in 2021 or to opt out of monthly payments.

However, he acknowledged the portal might need some upgrades after it's unveiled, noting that it will be "the absolute best product we are able to put together."

"It is going to be as user-friendly as possible," Rettig said, noting that other IRS portals were enhanced in the months after launch.

There will be a "moderately significant" authentication process and "certain levels" of verification required, he said. The agency will monitor the portal to check if people are having difficulty using it.

Families who don't have access to broadband internet service can use paper forms or visit an IRS office, he said.

Only a few weeks ago, Rettig told House lawmakers that the agency is struggling to juggle the traditional tax season, the $1,400 stimulus payments and the other demands that the Democrats' massive new relief package has placed on it.

The roughly one-month tax filing extension further shortened the time that the IRS can devote to creating the child tax credit portal, he said at the time, adding that "it might be a challenge to get into monthly [payments] right out of the box."

What the stimulus offers parents

The tax credit will become fully refundable so that more low-income parents can take advantage of it. Until now, it has only been partially refundable -- leaving more than 20 million children unable to get the full credit because their families' incomes are too low.

Lawmakers also wanted to make it easier for parents to use the funds to cover their expenses during the year. So the law calls for sending families half the credit on a monthly or periodic basis, from July through December. The other half would be claimed on their 2021 tax returns.

President Joe Biden and Democrats are already pushing to make the changes to the child tax credit permanent, rather than just for 2021.

The agency started the year already behind. It still has 1.7 million tax year 2019 returns to be processed. Many IRS workers were sent to work from home during the pandemic, leading to a backlog of paper returns. At one point last year, the pile up of unopened mail had to be kept in trailers.

In addition to sending out three rounds of stimulus payments over the past year, the most recent Covid relief package made changes to the tax code in the middle of filing season. In addition to the enhancements to the child tax credit, the law waived income taxes on up to $10,200 in unemployment compensation received in 2020, helping some laid-off workers who faced surprise tax bills on their jobless benefits.

The changes create work for the IRS, tax preparers and taxpayers. Facing pressure from lawmakers, the agency recently extended the federal tax filing deadline to May 17.

Meanwhile, the agency is handling all the additional work with a budget that's about 20% less than it was a decade ago, leaving it with antiquated technology and a smaller staff. Biden asked Congress last week to increase the IRS' budget by $1.2 billion, or more than 10%, higher than the enacted level for this year.

Still, the 2021 filing season is going smoothly, Rettig said. The IRS has received more than 93 million individual federal tax returns and issued more than 62 million refunds totaling more than $180 billion, as of April 2.

It has also delivered about 156 million third-round stimulus payments totaling about $372 billion.