Stores say shoplifting is a national crisis. The numbers don't back it up 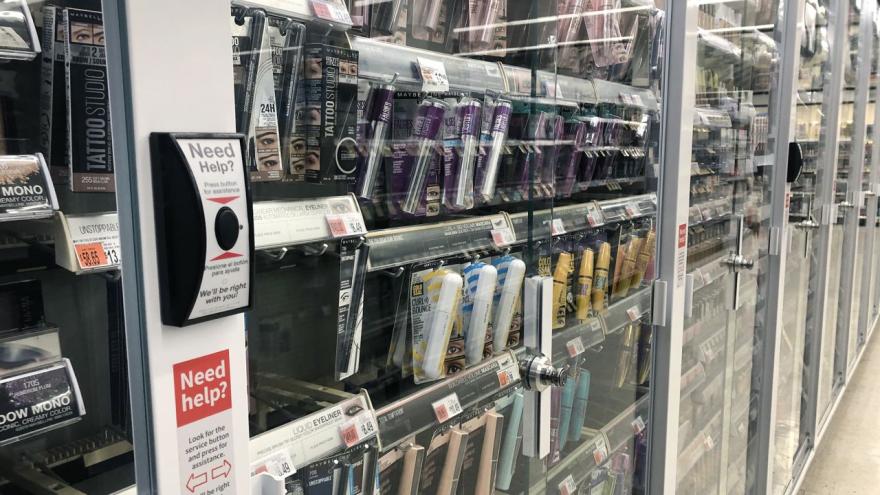 (CNN) -- The masked thief rode into a Walgreens in San Francisco on a bicycle, pedaled to an aisle in the health and wellness section, and loaded a black garbage bag with items off the shelf. Then he got back on the bike and rode out through the automatic doors.

Videos of brazen shoplifting incidents, like this one posted to social media in 2021, have turned retail theft into a national issue.

But the retail industry's own figures on shrink cast doubt on their claim that the problem is ballooning. Researchers say retailers may be blaming theft for losses when they don't actually know the cause.

Shrink is an "issue where you've got a problem, but there's no way to know exactly where the losses are coming from," said Richard Hollinger, a retired professor of sociology and criminology at the University of Florida, who studies retail losses and launched the retail industry's first annual security survey in the early 1990s.

Whatever the numbers say, though, retailers maintain that organized retail crime has gotten worse.

Retailers, on average, saw a 26.5% increase in organized retail crime incidents nationally in 2021 from the prior year, according to the NRF survey. Organized retail crime typically refers to large-scale retail theft and fraud by groups of professional shoplifters who conspire to steal and resell stolen merchandise.

Companies and law enforcement experts say the growth of online shopping has allowed criminals to quickly find ways resell stolen merchandise on online marketplaces like Amazon. Retailers have pushed legislation during the pandemic that would crack down on websites reselling stolen goods.

Organized retail crime is just one component of retailers' inventory losses. It's not the largest and is a lower percentage of overall shrink than it was five years ago, according to the NRF surveys.

The NRF estimates that organized retail crime costs companies an average of just 7 cents for every $100 in sales.

Why stores are talking about theft

Retailers and business groups have repeatedly spoken out about a crisis level of theft during the pandemic and complained of criminal groups stealing products in often violent "smash-and-grab" incidents. Everyday products like deodorant, shampoo and toothpaste then get locked up, making a trip to the drug store more arduous.

These violent and sometimes dangerous incidents also frighten workers and customers, making it less appealing to work in retail or shop in stores.

Many brick-and-mortar chains are under pressure from Amazon and other competitors. They have struggled with higher costs for labor, transportation, and other expenses during the pandemic, as well as supply chain challenges.

They have more control over shrink than some of these other forces, retail researchers say.

"In an environment where you're looking for any improvement, shrink becomes an area to attack because of all the other costs rising," said Ray Wimer, a professor of retail practice at Syracuse University.

It's also easier for companies and the public to blame theft for store closures and retail struggles than admit stores' over-expansion, strategy mistakes and customers abandoning stores for online shopping, said Jonathan Simon, a criminal justice professor at UC Berkeley School of Law.

"It's much more convenient if we can blame it on people we already consider reprehensible," he said.

In a major shift, Walgreens, which said it saw a spike in shrink during the pandemic and cited organized retail crime in its decision to close five San Francisco stores in 2021, is backtracking.

"Maybe we cried too much last year" about shrink numbers, Walgreens finance chief James Kehoe said on an earnings call earlier this month.

During its latest quarter, the company's shrink rate fell to around 2.5% from 3.5% of total sales last year.

While the monetary impact of shrink may not be growing significantly, companies maintain that violent theft incidents are getting worse, especially in some areas of the country, said Mark Mathews, the NRF's vice president of research development and industry analysis.

"You may not see this on a national scale, but you see it in individual pockets and that has a dramatic impact," he said. The NRF said it's difficult to collect data on shrink and hopes to reach more companies in future surveys so it can break out losses by type of retail store.

Shoplifting has also been a scourge of self-service stores since they emerged more than 100 years ago.

The first self-service stores like Piggly Wiggly in the early 20th century discovered they could sell more goods and reduce their costs by spreading out merchandise on an open sales floor, but the design made it easier for customers to steal. Shoplifting often spiked during recessions and other periods of economic hardship.

"Inventory shrinkage, the combination of human dishonesty and human error, has risen to a new high among the nation's stores," declared The New York Times in 1970.

The drive to increase convenience in stores and reduce labor costs in recent decades have also had the unintended consequences of making stores more vulnerable to theft, retail and crime prevention researchers.

Fewer workers in the store may have increased profits for store chains, but left them without enough personnel to deter shoplifting. Self-checkout machines and mobile checkout also lead to higher losses for stores, research shows.

But the latest smash-and-grab incidents are a type of "signal crime" that have an outsize impact on the public's perception of crime, said Jonathan Simon from UC Berkeley.

"It's proving capable of capturing the public's imitation and shaping their baseline judgment about how bad things are," he said. "It acts as a crystallizing symbol for broader institutions not functioning"