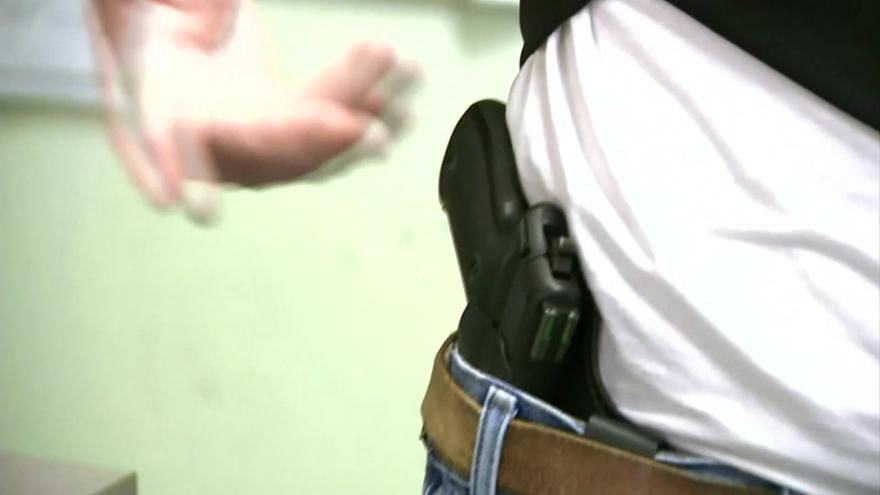 (CNN) -- The Supreme Court on Thursday struck down a New York gun law enacted more than a century ago that places restrictions on carrying a concealed handgun outside the home.

"Because the State of New York issues public-carry licenses only when an applicant demonstrates a special need for self-defense, we conclude that the State's licensing regime violates the Constitution," Justice Clarence Thomas wrote for the court's 6-3 majority.

The opinion changes the framework that lower courts will use going forward as they analyze other gun restrictions, which could include the proposals currently before Congress if they eventually become law.

The decision, in a case brought by an NRA- backed group and two individuals could potentially allow more guns to be carried in public.

Only about a half dozen other states have similar laws -- California, Delaware, Hawaii, Maryland, Massachusetts and New Jersey -- have similar regulations, but those states are comprised of some of the most densely populated cities in the country.

Twenty-five states generally allow people to carry concealed weapons in most public spaces without any permit, background check or safety training, according to the Giffords Law Center to Prevent Gun Violence.

Since handing down two major Second Amendment cases in 2008 and 2010, the court has largely dodged the issue but agreed to take up the dispute after Justice Amy Coney Barrett arrived, highlighting her impact on the new conservative court.

In 2008's District of Columbia v. Heller, the court held for the first time that the Second Amendment protects an individual's right to keep and bear arms at home for self-defense. Except for a follow-up decision two years later, the justices largely stayed away from the issue infuriating gun rights advocates and even some of the justices themselves.

Thomas and other conservatives have made clear they believe lower courts have been thumbing their noses at the Heller decision by upholding restrictions. "The Second Amendment is a disfavored right in this court," Thomas has previously said.

The case, New York State Rifle & Pistol Association v. Bruen, concerned a New York law governing licenses to carry concealed handguns in public for self-defense. It required a resident to obtain a license to carry a concealed pistol or revolver and demonstrate that "proper cause" exists for the permit. Residents must show that they have a great need for the license and that they face a "special or unique danger to their life."

A panel of judges on the 2nd US Circuit Court of Appeals held that New York's law did not violate the Second Amendment.