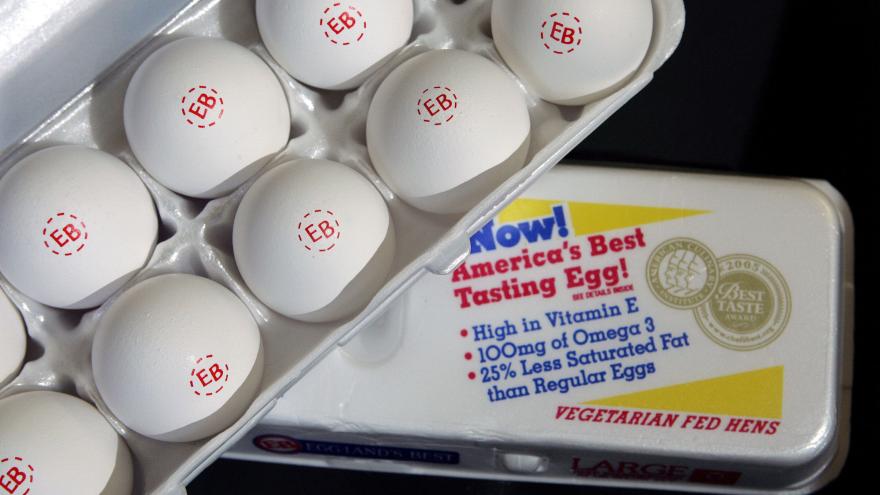 (CNN) -- A spike in egg prices has squeezed customers. But even with rising costs of its own, the leading US egg supplier has found that it can make even more money out of every egg.

The egg shortage has enabled record quarterly profits and sales at Cal-Maine Foods, the largest producer and distributor of eggs in the United States. The company produces brands such as Farmhouse Eggs, Sunups, Sunny Meadow, Egg-Land's Best and Land O' Lakes eggs.

Cal-Maine's profit increased 65% to $198 million during the three months ended Nov. 26 from a year ago.

A supply shock triggered by the deadliest outbreak of a highly pathogenic avian influenza in US history has driven up prices. Avian flu has killed more than 50 million birds in the United States since the start of 2022, according to the Centers for Disease Control and Prevention. There have been no positive tests of the avian flu at any Cal-Maine Foods' facilities.

As a result, retail egg prices have increased more than any other item at the supermarket in recent months, climbing 11.1% from November to December and 59.9% annually, according to the Bureau of Labor Statistics.

And as supply remains tight and its profits surge, Cal-Maine said it expects the outbreak to continue to affect the overall supply of eggs this year.

The company said it was "driven by record average conventional egg selling price" to its retail customers. (Walmart is its largest customer.)

Cal-Maine's net average selling price per dozen conventional eggs for the quarter was $2.88, more than double from a year earlier, the company said.

The company's selling prices for specialty eggs, which include enhanced, cage-free, organic, free-range, pasture-raised and brown eggs, rose 24.9% during the quarter to $2.37 per dozen.