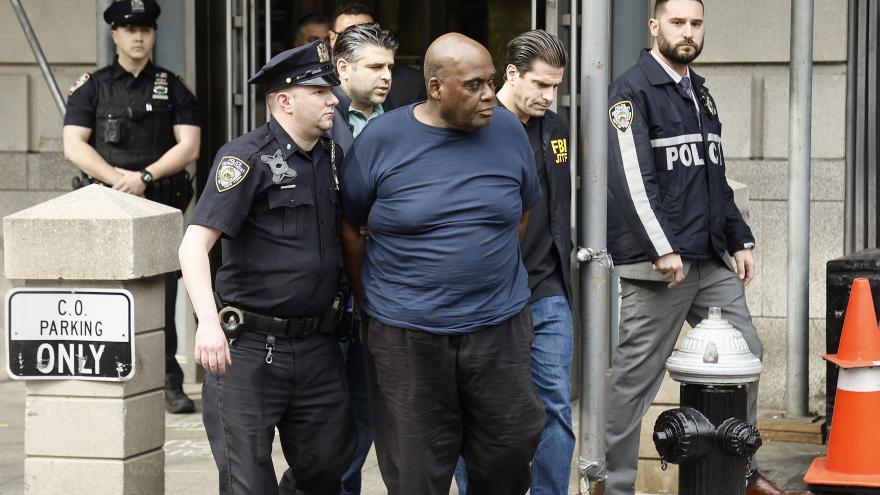 (CNN) -- Frank James, the man accused of opening fire on a Brooklyn subway last month, has been indicted on two federal counts.

According to an indictment filed Friday, James was indicted on one count of terrorist attack and other violence against a mass transportation system and one count of discharging a firearm during a crime of violence.

The mass shooting left 10 people with gunshot wounds and 19 others injured. Authorities said the suspect put on a gas mask, deployed a gas canister and began shooting, firing at least 33 times. James was arrested the day after the shooting. Details of a possible motive have not been released.

CNN has reached out to his attorney for comment.

James, who has a lengthy criminal history, was linked to YouTube videos in which he talked about violence and mass shootings.

Many of the videos that James uploaded included references to violence, including at a set group of people who he believed had maligned him, in addition to broad societal and racial groups that he appeared to hate.

In one video posted online in February, he criticized a plan by New York City Mayor Eric Adams' administration to address safety and homelessness in the subway in part through an expanded presence of mental health professionals.

In that racist and rambling recording, James, who is Black, said the new effort was "doomed to fail" and described his own negative experience with city health workers during a previous "crisis of mental health."

In another video, James ranted about abuse in churches and racism in the workplace, using misogynistic and racist language. In his videos, he repeatedly espoused hatred toward African Americans.

If convicted on the federal counts, James would face a maximum sentence of life in prison for each count.