Texas Rangers sell over 38,000 tickets to home opener, marking one of the first full-capacity sporting events in a year 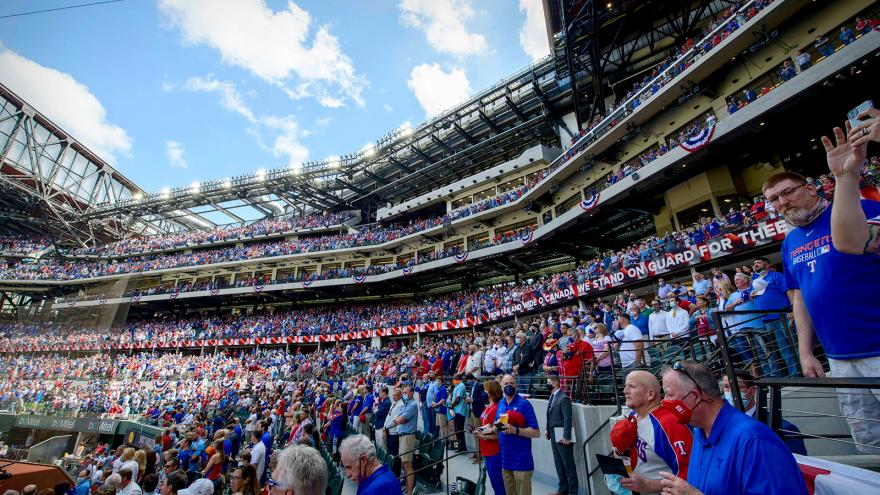 (CNN) -- The Texas Rangers welcomed a crowd of at least 38,000 fans to Globe Life Field in Arlington Monday for the team's home opener against the Toronto Blue Jays.

The paid attendance at Monday's game was 38,238, a figure which Rangers spokesperson John Blake described as a sellout. The stadium's overall capacity is 40,518, according to Blake.

The Rangers are the only Major League Baseball team allowing full capacity seating at their ballpark, thanks in part to Texas Gov. Greg Abbott doing away with mask restrictions last month and allowing businesses to open at 100% capacity.

"It felt like it was my debut all over again. It was a good feeling to just have the crowd there cheering us on," said Rangers infielder Isiah Kiner-Falefa. "I think the introduction when I first came out early in the game, that was probably one of the coolest moments of my career to this date."

Rangers manager Chris Woodward said Monday felt like "a real game" and that it "resembled some sort of normalcy."

"We were excited, man. We haven't played in front of any crowd. We played a little bit in Kansas City, a little bit in spring training, but full capacity, it's amazing how quickly we get used to certain things and not having that, was 'Oh, this is what it felt like,'" Woodward said. 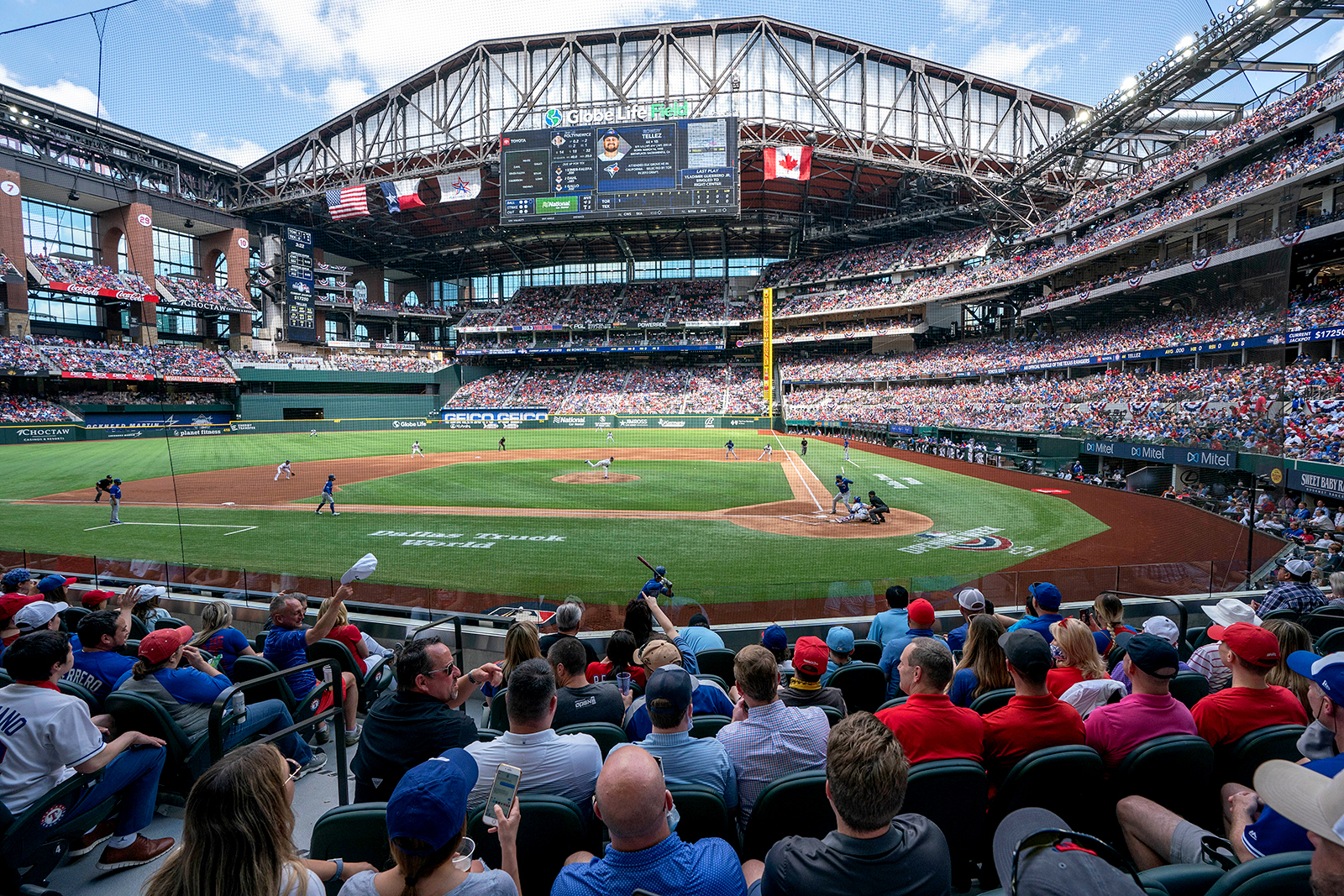 The Rangers' website states masks were required for all fans at the game, "except when actively eating or drinking at their ticketed seats."

Globe Life Field opened last year, but all the Rangers' home games were played without fans in attendance.

Monday's game comes as states across the US are beginning to ease restrictions, despite warnings from health officials.

President Joe Biden called the decision to host a full stadium "a mistake" in a recent interview with ESPN.

"Well, that's a decision they made. I think it's a mistake," Biden said. "They should listen to Dr. (Anthony) Fauci, the scientists and the experts. But I think it's not responsible." 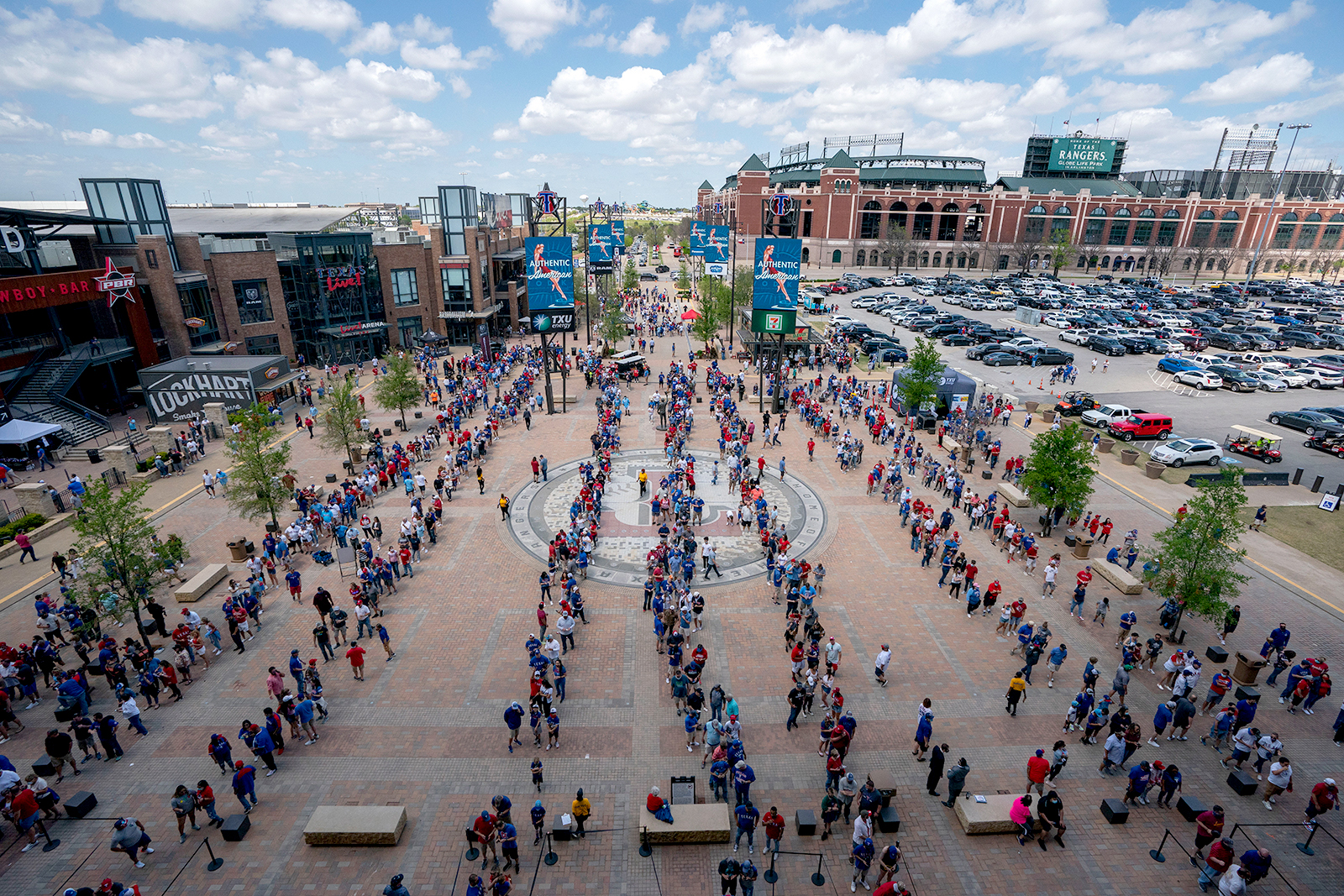 Abbott, a Republican, declined to throw out the ceremonial first pitch at the game. He cited the MLB's decision to move the organization's All-Star game and draft in Atlanta in response to Georgia's restrictive voting law.

The governor also said he will no longer participate in any event held by MLB, and that the state of Texas will not seek to host the All-Star game or any other MLB special events.