The busiest economic week of the summer is over: Here's everything we learned 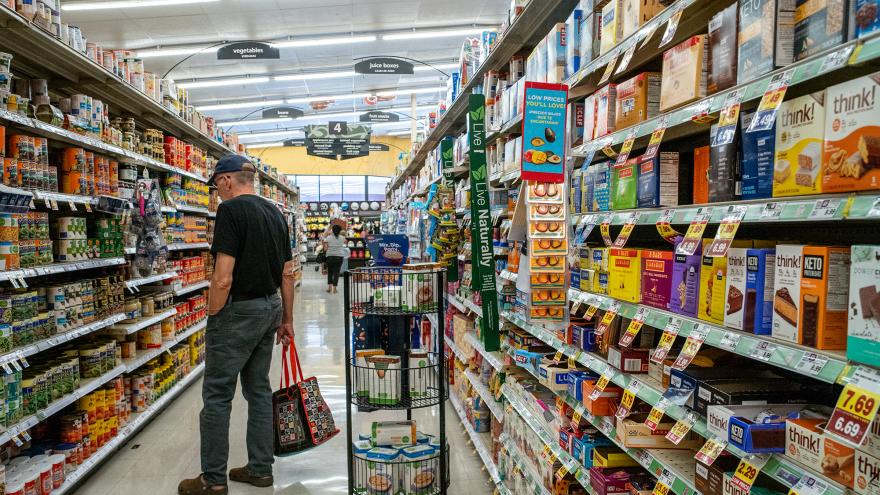 (CNN) -- If you're reading this, it means you've survived the busiest week of the summer. Congratulations.

The last week of July came with an overwhelming confluence of economic data, earnings reports, Federal Reserve announcements and spending deals in Congress.

The impact of these past seven days will reverberate for the next several weeks around the abandoned halls of Wall Street and Washington DC as politicos and investors retreat to the Hamptons or Martha's Vineyard or wherever they summer.

Are we in a recession? It's hard to say, but hopefully by September the knowledge we gleaned during this treacherous week will be fully absorbed, and our understanding of the US economy will be more clear.

So what are we working with here? Let's recap.

That's a lot to digest. Especially in a very persistent heat wave.

Unfortunately, we do have another data-heavy week before we get a break.

Earnings continue next week with Starbucks, Uber and Airbnb reporting.

We also expect the release of some important economic data: JOLTs (job openings) unemployment rates, and PMI, a key indicator of US economic activity, are all headed our way.

So hold off on the swimsuits and SPF for now. Or don't, and bring the beach to your desk. Vacation is a state of mind right?

Ducati takes on the world

My CNN colleague Jonathan Hawkins recently had the opportunity to sit down with Ducati CEO Claudio Domenicali in Misano, Italy, where World Ducati Week drew roughly 80,000 avid fans and owners across three days.

The company, which is owned by Volkswagen, announced Friday that it brought in record revenue of €542 million ($552 million) in the first half of 2022 and boosted operating profits by about 15%.

But the chief of Ducati described a difficult mix of business conditions that have made it harder to meet a surge in demand for bikes.

Supply chain issues since the pandemic have been a "complete nightmare," Domenicali said.

"It's been a very complicated mix of everything," he said, noting that the time it takes to get a container from Asia to Europe has doubled, while closures in China have made it tough to secure necessary parts.

Yet he pushed back on the idea that supply chains should become more localized, noting the pitfalls of reversing decades of globalization.

"When you do business for the whole world, you stay more connected," Domenicali said.

Amid the uncertainty, the company does have an advantage. The cheap euro, which fell to parity with the US dollar in July for the first time in two decades, benefits exporters like Ducati, since it makes their goods cheaper for foreign customers.

"It's a help," Domenicali said, not a problem.

And he said the company, one of Italy's best-known brands, hasn't been shaken by the collapse of Prime Minister Mario Draghi's government. Ducati has gotten used to executing its long-term plans without counting on the government, according to Domenicali.