Colorado shooting suspects each face 48 counts, including the 16-year-old who's charged as an adult 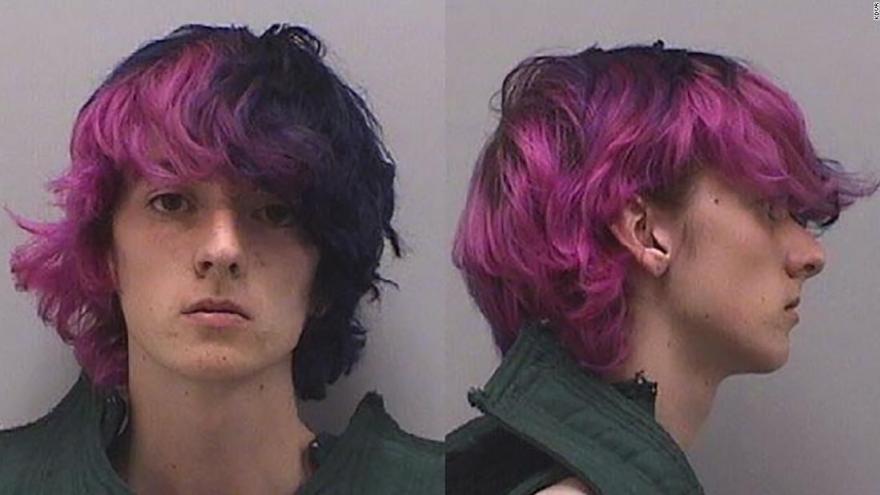 **Embargo: Denver, CO** On the same day mourners gather to remember Kendrick Castillo, two schoolmates accused in the mass shooting that killed him will face a judge.

(CNN) -- On the same day mourners remembered a young hero, two schoolmates accused in the mass shooting that killed him learned the long list of charges against them.

Erickson, 18, was in court Wednesday to hear the charges against him. Local district attorney George Brauchler said it's too early to say whether prosecutors will seek the death penalty.

The teens are accused of killing one student and wounding eight more at STEM School Highlands Ranch.

And in the eight days since gunfire erupted in the school, a spate of new information has emerged about one of the suspects, the allegations against the school and the student who died protecting his classmates.

Kentrick Castillo spent his final moments trying to stop the attack, classmates said. He was killed as he lunged toward a gunman, just days before he was supposed to graduate.

"Because of what he did, others are alive, and I thank God for that," said his father John Castillo, who lost his only child. "But there's another part of you that wishes he just turned and ran, retreated, hid."

Hundreds of supporters gathered for a procession and a "celebration of life" for Kendrick.

They included more than 600 Jeep drivers who wanted to honor Kendrick, who was an avid Jeep enthusiast, CNN affiliate KCNC reported.

"As soon as we heard that Kendrick was a Jeeper, it kind of spread like wildfire throughout the Jeep community," Colorado Jeep Girls founder Catherine Fanaro told KCNC.

Fanaro said she got approval for 600 Jeepers to participate in the memorial procession, but more than 800 said they wanted to attend.

Outside the Cherry Hills Community Church in Highlands Ranch, robots from the robotics league Kendrick belonged to greeted the thousands of mourners who attended the service.

Kendrick's parents, John and Maria, sat before their son's gray casket in front of a stage adorned with a red sports jacket Kendrick wore as an usher at Sunday mass, a kayak and other belongings.

"He took the AP class of life, giving us all an example of what life is about," said Father Javier Nieva, pastor of St. Mary Catholic Parish in Littleton. "It's very extraordinary what happened. Hopefully, it never happens ever again."

Charlene Molis, Kendrick's principal through the 8th grade at Notre Dame Catholic School, remembered his first day of preschool, when he immediately walked over to comfort a crying classmate who missed his mother.

"Kendrick was certainly proof that one person can make a difference," she said.

Mike Shallenberger, Kendrick's teacher and a Castillo family friend, spoke of the young man's passion for robotics. He said Kendrick had earned the engineering department award in April.

"It just felt right from the moment he walked in," Shallenberger said of the day Kendrick attended a robotics open house at school. "I couldn't tell if he was made for our school or our school was made for him. Soon it would be like he owned the place. And he did."

As authorities investigate the motive for the attack, some are wondering whether more could have been done to prevent it.

Erickson, the older of the two suspects, was known as a bully who joked about shootings and threatened other students for years, former friend Kevin Cole said.

"He would just get really close and kind of hunch himself over your shoulder as you were sitting down, and he would just whisper in your ear, 'Don't come to school tomorrow' and just kind of crack a smile and walk back to his seat," said Kevin, 16.

Kevin's brother Brian, 18, said he was verbally bullied by Erickson and often complained to the STEM school administration -- as often as every other week.

"Here's what's happening. Nothing's changing," Brian recalled saying. "If anything, it's getting worse."

Brian said administrators always promised to take care of the situation, but apparently never did.

The school's executive director, Penny Eucker, would not answer CNN's questions about the bullying claims.

"We're focused on our children right now," Eucker said as she was walking to her car.

Eucker also declined to answer questions about why the school decided to sue a parent for defamation after the parent made an array of claims against the school in December.

"That's for the attorneys," Eucker said.

The parent cited an alleged bomb threat and student clashes as evidence that the school could become the site of another Columbine-style attack, according to a letter obtained by CNN.

The parent, who did not want to be identified, also made about a dozen other allegations against the school, including a claim that "money is being sent to China and Mexico."

Students are slowly returning to class

A week after the deadly attack, students at the K-12 school are easing their way back to their regular class schedules.

Elementary-aged students are back to school for a half day Wednesday, according to a letter sent to parents. "Mental health support staff will be available onsite," the school said.

Students from 6th through 12th grades can come back Wednesday to pick up personal items left behind, though some belongings "will not be accessible due to law enforcement restrictions," the school said.

Secondary students will return to class on a modified schedule starting Thursday.

But the school stressed that families can make their own decisions about returning to school.

"We want to respect the healing process for each of our community members," the school said.