The IRS is set to get billions for audit enforcement. Here's what it means for taxpayers 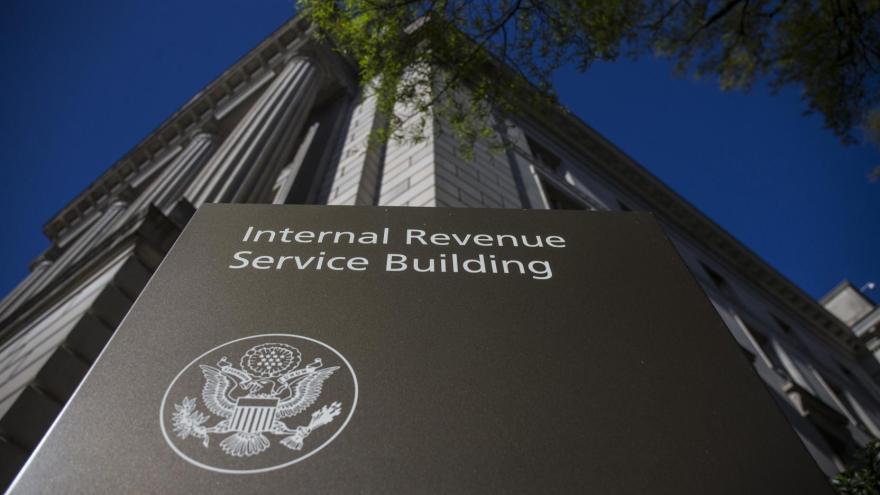 The Democrats' Inflation Reduction Act calls for delivering nearly $80 billion to the IRS over 10 years. The IRS building is pictured here in April 2019.

(CNN) -- The Internal Revenue Service is finally about to get the additional funding its officials have long been waiting for.

The Democrats' Inflation Reduction Act calls for delivering nearly $80 billion to the IRS over 10 years. After months of negotiations over the sweeping spending package, the Senate passed the bill earlier this month, sending the legislation to the House for a vote before it reaches President Joe Biden's desk.

The funding would help support the work of the IRS -- including but not limited to audits -- and in turn, is expected to bring in more federal tax revenue to help offset the cost of the Democrats' plan to lower prescription drug costs and combat climate change.

IRS Commissioner Charles Rettig, along with his predecessor, have asked Congress for additional funding. The agency's budget has shrunk by more than 15% over the last decade. As a result, staffing levels and audit rates have been declining for years.

The agency's struggles became even more apparent to taxpayers during the Covid-19 pandemic when it could not keep up with filings. The IRS is still playing catch-up, having started the year with a backlog of 11 million unprocessed tax returns.

But some Republicans are attacking the proposed increase in IRS funding, arguing that it would leave more middle-class Americans and small businesses with the headache of facing a tax audit.

Democrats, and Rettig -- who was appointed by former President Donald Trump -- have said repeatedly that the intent is not to target the middle class but instead focus on making sure wealthy tax cheats comply with the law. It's ultimately up to the IRS how the money is used.

"The IRS has for too long been unable to pursue meaningful, impactful examinations of large corporate and high-net-worth taxpayers to ensure they are paying their fair share," Rettig wrote in a letter sent to lawmakers last week.

"The goal should not only be to increase audits, but improve the productivity of audits. You want the IRS to select the businesses and people for audits who really have not been compliant," said Janet Holtzblatt, senior fellow at the Urban-Brookings Tax Policy Center.

Here's what it could mean to taxpayers if the IRS gets an increase in funding:

How much funding will the IRS receive?

The Inflation Reduction Act would provide nearly $80 billion to the IRS over 10 years, in addition to the money the agency normally receives from Congress on an annual basis. The IRS received nearly $12.6 billion for fiscal year 2022.

The new funding would result in a more than 50% increase in IRS funding adjusted for inflation, Holtzblatt said.

The $80 billion would be spread across four different areas of the IRS over the next decade.

More than half, about $45.6 billion, would go toward strengthening enforcement activities -- including collecting taxes owed, providing legal support, conducting criminal investigations and providing digital asset monitoring, according to the bill text.

More than $25 billion would be allocated to support IRS operations, including expenses like rent payments, printing, postage and telecommunications.

Nearly $4.8 billion would be used for modernizing the agency's customer service technology, like developing a callback service.

Roughly $3 billion would be allocated for taxpayer assistance, filing and account services.

How many new auditors could be hired?

The Republican National Committee and several Republican lawmakers have criticized the new IRS funding, claiming that it will provide the agency with an "army of 87,000 new IRS agents."

But that number is misleading. The Treasury Department did estimate in 2021 that a nearly $80 billion investment in the IRS could allow the agency to hire 86,852 full-time employees over the course of a decade. But that figure accounts for all workers, not solely enforcement agents.

Still, hiring more than 86,000 workers over 10 years could be a huge increase for the IRS, which currently has nearly 80,000 employees. But the number of IRS staff has declined over the past decade, currently standing at 1970s levels, and the agency is expected to keep losing people.

Earlier this year, Rettig told lawmakers that the IRS would need to hire 52,000 people over the next six years just to maintain current staffing levels to replace those who retire or otherwise leave.

The Inflation Reduction Act does not instruct the IRS to hire a certain number of enforcement agents, and the agency would need to decide on staffing plans.

"The resources to modernize the IRS will be used for sorely needed improvements to taxpayer services -- from answering the phones to improving 1960s-era IT systems -- and to crack down on wealthy and corporate tax evaders who cost the American people hundreds of billions of dollars each year," Natasha Sarin, Treasury Department counselor for tax policy and implementation, said in a statement sent to CNN.

"The majority of new employees will replace the standard level of staff departures over the next few years," she added.

How much more would the IRS be able to collect in federal taxes?

With an increase in funding for enforcement activities, the IRS will be able to conduct more audits and, as a result, collect more federal tax revenue.

The Congressional Budget Office expects increased collection to amount to roughly $203 billion over 10 years, raising net federal revenue by more than $124 billion during that time period when accounting for the nearly $80 billion that would be spent.

Tougher enforcement is intended to close what's known as the "tax gap," or the difference between the amount of tax revenue the government is collecting and what taxpayers actually owe. There are some bad actors that try to evade paying what they owe to Uncle Sam, but some inadvertent errors made by taxpayers drive the tax gap, too.

An older IRS estimate, based on tax years 2011, 2012 and 2013, found that nearly 84% of federal taxes are paid voluntarily and on time, leaving about $381 billion ultimately uncollected. Rettig has told lawmakers in the past that he believes the tax gap could be as much as $1 trillion a year now.

Audit rates of individual income tax returns decreased for all income levels between tax years 2010 to 2019 as staff levels and funding also declined, according to the Government Accountability Office. On average, individual tax returns were audited over three times more often during tax year 2010 than in tax year 2019.

Who may be more likely to face an IRS audit?

Selection for an audit doesn't always suggest there's a problem, according to the IRS. Sometimes returns are selected at random.

The Biden administration has repeatedly said that it wants the IRS to focus increased enforcement activity on high-wealth taxpayers and large corporations and not target households that earn less than $400,000 a year.

In his letter to lawmakers last week, Rettig wrote "that audit rates will not rise relative to recent years for households making under $400,000."

He also said that better technology and customer service would make it less likely that compliant taxpayers would be audited.

Lawmakers also included language in the bill that aims to clarify who is the focus of a ramp-up in audits.

The bill says that the new investment in the IRS is not "intended to increase taxes on any taxpayer or small business with a taxable income below $400,000."

Still, there is some uncertainty about how exactly the IRS will decide how to ramp up audits.

"Clearly this is going to be something that Congress and other interested parties are going to try and monitor -- but good luck," Holtzblatt said.

"I think it's going to be a difficult commitment to observe whether it's being followed," she added.