The NBA has renamed its MVP trophy after Michael Jordan 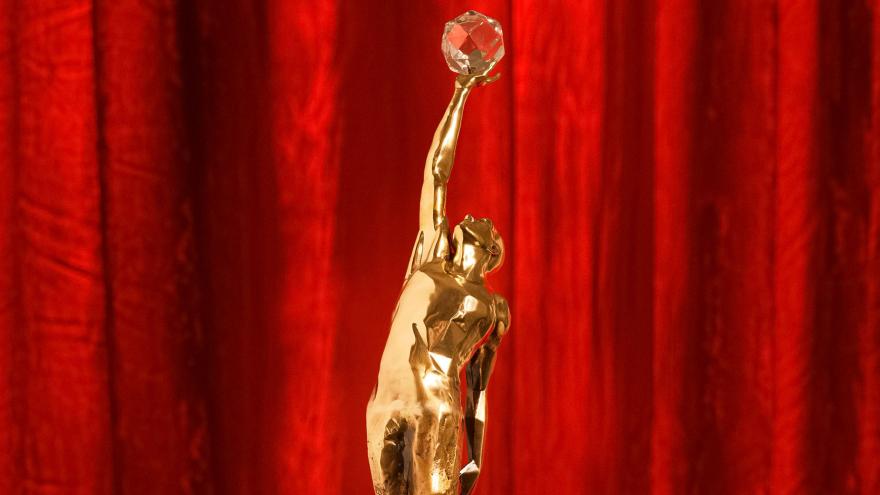 (CNN) -- Basketball great Michael Jordan can add another accolade to his mighty list of accomplishments -- but this time, rather than receiving the trophy, he is the trophy, after the NBA unveiled the Chicago Bulls legend as the face of its latest Most Valuable Player (MVP) award.

The Michael Jordan Trophy, which will be awarded to the NBA's regular season MVP, is one of six newly designed awards created to honor "the league pioneers who helped define the standards of excellence that these trophies represent," the NBA said in a statement on Tuesday.

Widely considered to be the best basketball player ever, Jordan played in 1,072 NBA games, racking up 32,292 regular season points, 6,672 rebounds, 5,633 assists and 2,514 steals. He was a 10-time league scoring champion, made nine all-defensive teams in his career and was named Finals MVP six times.

The bronze trophy -- which will be manufactured yearly by artist Victor Solomon -- features a player breaking out of a rock to reach for a crystal basketball and is packed full of tiny details which nod to Jordan's achievements.

"Our new collection of trophies celebrates some of the greatest and most impactful players in the history of the NBA," said NBA Commissioner Adam Silver. "As we recognize the league's top performers each season, we also pay tribute to the legends who embody these prestigious awards."