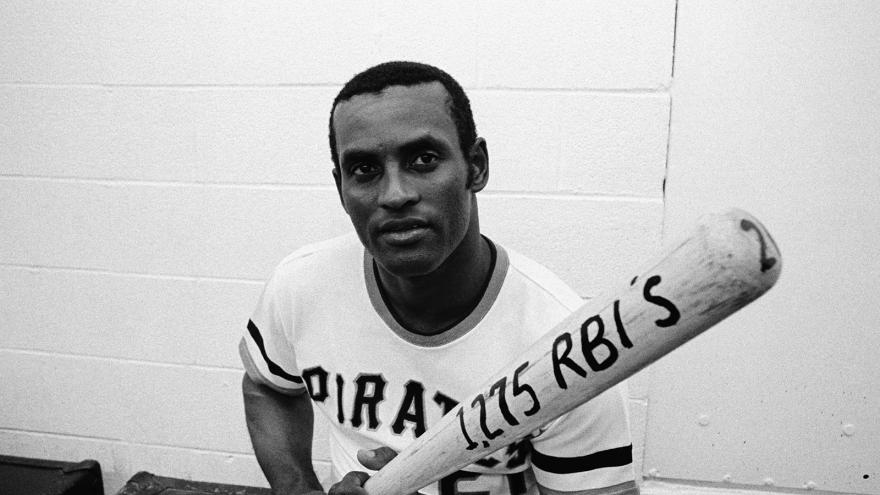 (CNN) -- From labor leader César Chávez's decades of activism, to Roberto Clemente's boundary-breaking career in Major League Baseball, to the "Queen of Salsa" Celia Cruz's music with a message, the tales of notable Latinos who made history will be on display in a new Smithsonian exhibit.

The initial exhibit, called "¡Presente! A Latino History of the United States," aims to "illuminate US Latinos' historical and cultural legacies," the Smithsonian said in a statement. Inside the interactive gallery, which is named for the family of late Smithsonian donor David Molina, artifacts are organized by themes like "colonial legacies" and "immigration stories."

The "¡Presente!" gallery will tell the stories of figures like Chávez, the Mexican American founder of United Farm Workers of America who advocated for safer working conditions and higher wages for fellow agricultural laborers. It was also highlight Clemente, a Puerto Rican baseball player who primarily played for the Pittsburgh Pirates and used his platform over 18 seasons in the MLB to advocate for Puerto Rican children and Afro Latino people when segregation was still rampant throughout the US. Cruz, a legendary salsa artist born in Cuba, used the catchphrase "¡azúcar!" -- it became a rallying cry for Black Cubans whose ancestors had been enslaved on the island nation's sugar plantations.

Other significant people like Luisa Moreno, a labor union leader and civil rights activist born in Guatemala, and Colombian American drag performer José Sarria, who was the first out gay person to run for US public office, will also be included in the exhibit, the Smithsonian said.

All information found within the gallery will be available in English and Spanish -- and, for those who can't get to Washington -- online, through a "companion website" that showcases some of the artifacts and stories found within the in-person exhibit, the Smithsonian said.

Eduardo Díaz, acting deputy director of the American Latino museum, said 2022 was a "special year" for the gallery to open -- it's the 25th anniversary of the Latino Center's founding, which was a Smithsonian initiative to better represent Latino Americans within its walls.

The process of introducing, approving and actually opening a Smithsonian museum can take over a decade: The bill that called for the creation of the Smithsonian's National Museum of African American History and Culture was passed in 2003, but the museum itself didn't open until 2016.