The steep plunge in used car prices -- what it means, and what's ahead 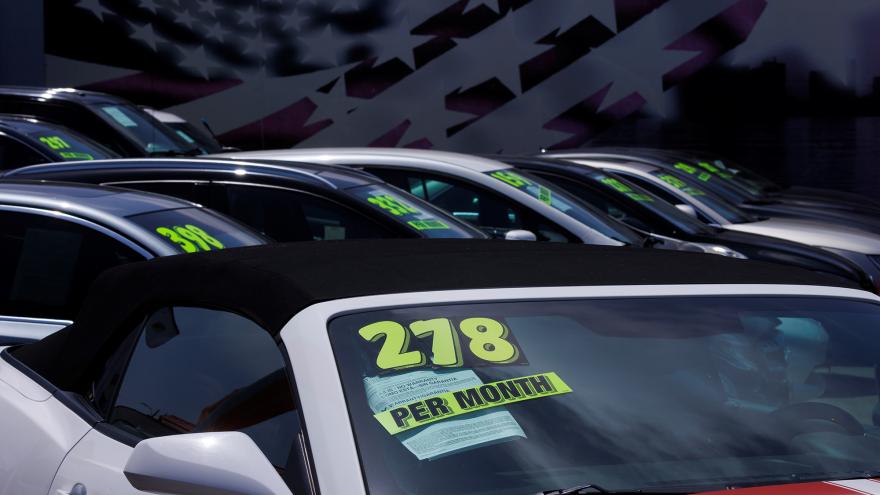 (CNN) -- Tracking used car prices is enough to give anyone whiplash.

Since the start of the pandemic and the resulting disruptions to new car supply chains first sent prices soaring, used car prices posted their largest annual increase on record -- up 45% in the 12 months ending in June 2021, according to the Consumer Price Index -- before swinging to a 12-month drop of 8.8% in the most recent reading for December.

That was the biggest 12-month plunge in prices for used cars since June 2009, when General Motors and Chrysler were both in bankruptcy proceedings and the economy was hemorrhaging a half-million jobs a month.

"It was a completely wild ride," said Ivan Drury, director of insights at Edmunds.com Inc., an online resources for inventory and information on cars.

While the prices of late model used cars are down only 5% off their peak according according to Edmunds, the price of older used cars, those five years or older, have fallen 15% or more from their peaks early in 2022.

Experts say reasons for the decline include higher interest rates that make it more expensive to finance a car purchase, limiting demand. CarMax, the nation's largest pure used car dealer, has warned that the combination of high prices and high interest rates is creating an affordability problem for many buyers, hurting overall demand.

But the leading reason for the drop in used car prices is the increased supply of new cars.

It was the lack of new car inventory that drove up prices. Parts shortages, especially for computer chips, had choked off production of new cars in much of 2022, causing the lowest level of full-year US new car sales since 2011.

The low supply of new cars caused an even bigger jump in the average price of used cars, as buyers who would otherwise buy new vehicles turned to the used car market.

"At one point it seemed that everyone who was going to buy new ended up buying used," said Greg Markus, executive vice president of AutoLenders, parent company of New Jersey's largest used car dealership chain.

That included rental car companies, which before the pandemic normally bought about 10% or more new cars per year. With limited inventory of cars to sell, automakers essentially stopped making lower-priced fleet sales, and even rental car companies were forced to turn to the used car market.

All that has started to change in recent months. Automakers are reporting more supplies of the chips they need, and are producing and selling more cars, including a return of fleet sales. Overall, sales were up 9% in the fourth quarter compared to a year ago, and nearly 6% higher than in the third quarter, according to Cox Automotive. And with more buyers finding the new cars they want, that means lower demand for used cars.

Experts say part of the decline in used car prices is that the price increases were not sustainable and were partly driven by buyers at used car auctions overpaying for the limited supply of used vehicles.

"There was nowhere for these prices to go but down," said Markus.

There could be more declines in used car prices in the months ahead, as new car inventories continue to build. One thing that could put a floor under the used car prices: late model used cars will likely be in short supply given the reduced new car production over the last three years.

"The supply issue is still grim," said Markus. Because of that, "I don't think we're getting down to 2019 levels," he added.

The run-up in used car prices was a major driver in the nation's overall inflation rate, adding about a full percentage point to the overall increase in consumer prices from April of 2021 through May of 2022. Now it's a factor helping to bring down the pace of inflation, shaving more than a third of a point off the overall rate in December.

This is obviously good news for those wanting or needing to buy a used car, though it can have a negative effect on car buyers by reducing the value of vehicle they hope to trade in. Edmunds shows the average trade-in value in December down nearly $3,000, or 11%, to $22,605, from the record high hit in June of 2022.

That drop in the value of trade-ins could also be a headwind on car prices by reducing what buyers are able to pay.